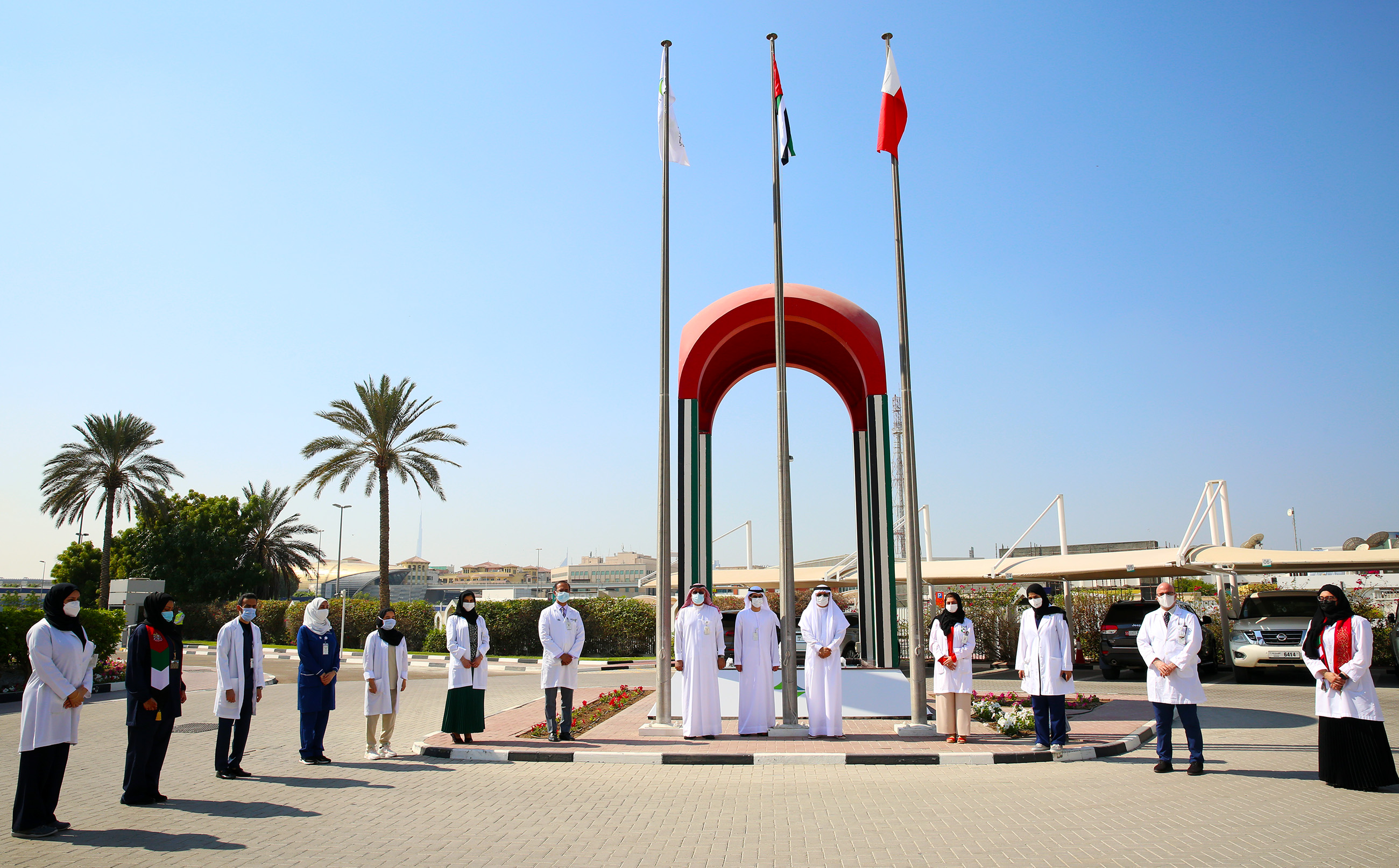 The DHA participated in the event, while abiding by all precautionary measures to ensure the safety of others during these unprecedented times.

The event begun with His Excellency Humaid Al Qutami, Director General of the DHA, hoisting the flag at the DHA headquarters at 11am.

Al Qutami said that H.H Sheikh Mohammed bin Rashid’s directives to adopt the 3rd of November every day as Flag Day— to mark the accession of the President of the UAE— consolidates national identity and unity.

He added that Flag Day renews the spirit of responsibility and strengthens the values of work, giving and dedication.