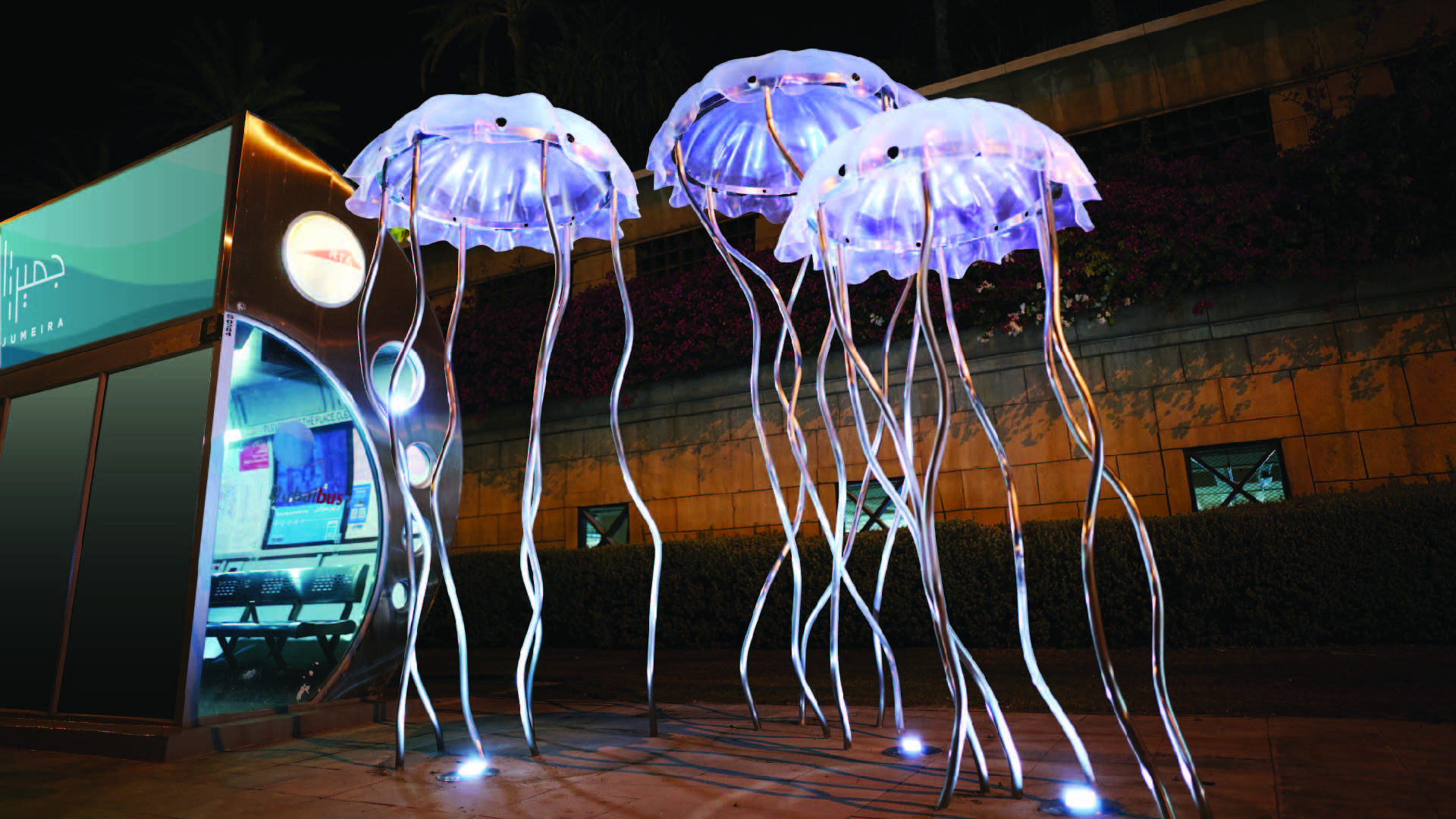 Brand Dubai, the creative arm of the Government of Dubai Media Office (GDMO), in partnership with the Roads and Transport Authority (RTA), today announced that it will launch a series of public art installations in Jumeira to enrich the neighbourhood’s creative ambience.

The project forms part of the second phase of the Jumeira Project, an initiative launched in 2018 to raise the neighbourhood’s profile as a social and cultural destination. The Project recently saw the activation of a new brand identity campaign to highlight the diverse experiences Jumeira offers residents and visitors

As part of the new initiative, a total of eight artworks developed by international artists will be unveiled at select bus stops along Jumeira Road stretching from the Dubai Canal to Jumeira Al Naseem. The installations seek to narrate the story of Jumeira’s journey through history and celebrate its connection with both Dubai’s past and present.

Nehal Badri, Director of Brand Dubai, said the new creative initiative is part of a three-year agreement between the RTA and Brand Dubai to enhance the city’s aesthetic environment through joint projects implemented across public facilities and areas in Dubai.

“Brand Dubai is pleased to combine its strengths with RTA once again to implement a new  creative project in the city that will help enhance Dubai’s urban environment and provide unique experiences for the public. This project is in line with the vision of Vice President and Prime Minister of the UAE and Ruler of Dubai His Highness Sheikh Mohammed bin Rashid Al Maktoum’s vision to transform Dubai into an open-air museum. Through this project, we aim to celebrate the area’s distinct identity and innovative spirit and raise its profile on the cultural map. The project is consistent with Brand Dubai’s objective of transforming Jumeira into a place of genuine engagement and connection with creativity for the public,” Badri said.

“Increasing the ridership of mass transit means is a strategic objective of the RTA. We are endeavouring to make public transport use a part of the community’s culture by transforming mass transit journeys into uniquely engaging experiences,” she added.

Shaima Al Suwaidi, City Branding Manager of Brand Dubai said some of the artworks evoke nostalgia for Dubai’s past while others celebrate its futuristic aspirations. “Through eight unique installations, we seek to add beauty and color to the streets of Dubai and also take people on a trip down memory lane. The artworks, inspired by the memories of locals living in the area, which will be permanently installed at the bus stops, will contribute to enriching the experience of the city for both residents and visitors."

As part of the three-year agreement with RTA, Brand Dubai has implemented several initiatives aimed at infusing a new creative vitality into Dubai's urban environment. The most recent was the Parking Metres project, which saw around 100 parking meters in Jumeira, Dubai Media City and Al Mustaqbal Street enlivened with 15 artworks inspired by the themes of diversity and tolerance.