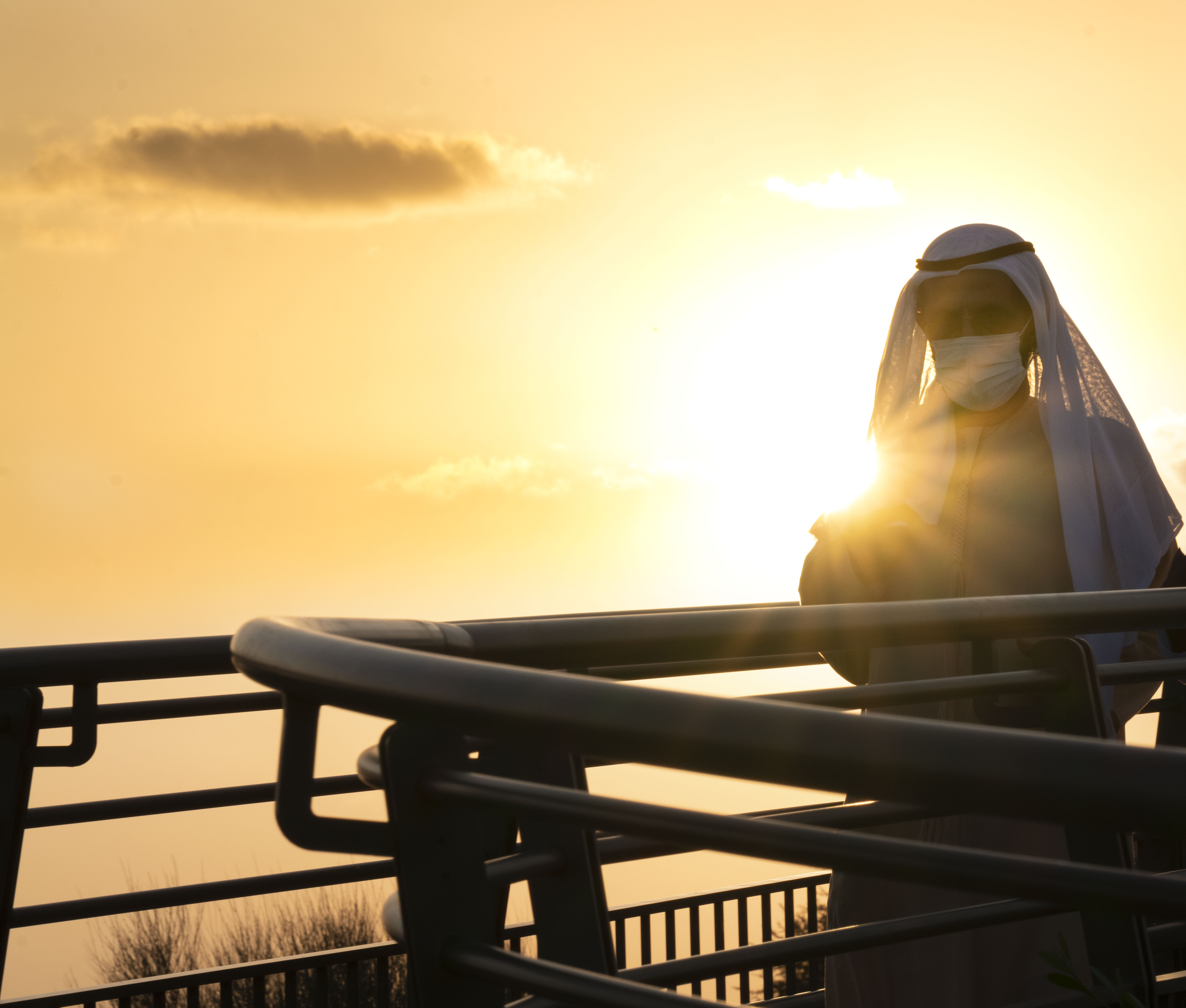 Vice President and Prime Minister of UAE and Ruler of Dubai His Highness Sheikh Mohammed bin Rashid Al Maktoum approved the new UAE Strategy for Domestic Tourism that aims to develop a comprehensive scheme to regulate the local tourism sector in a solid collaboration among the relevant local and federal entities.

He revealed a new unified tourism identity, as part of the UAE Nation Brand, to establish the country’s status as an ideal tourist destination locally and globally, and to share its inspiring story with the world.

Under the strategy, His Highness Sheikh Mohammed bin Rashid Al Maktoum launched the first federal domestic tourism campaign titled "World’s Coolest Winter" to invite the public to explore the hidden gems of the seven emirates. The 45-day campaign, overseen by the Ministry of Economy in collaboration with local tourism entities and supported by the UAE Government Media Office, aims to highlight the major landmarks and attractions that distinguish every emirate and contribute to the UAE as a single destination.

Sheikh Mohammed bin Rashid Al Maktoum said promoting the UAE as a single tourist destination with diverse attractions and experiences boosts the country’s tourism sector as an integral part of the national economy.

Sheikh Mohammed bin Rashid Al Maktoum said, "the UAE Strategy for Domestic Tourism marks the beginning of unifying our efforts and coordinating our capabilities towards harnessing all of our tourism resources in the best possible way. Today, we are launching the first of many campaigns to develop this vital sector of our economy."

He noted, "Domestic tourism spending in the UAE stands at AED41 billion. With a solid federal collaboration, we can double the contributions of the domestic market and create new opportunities for the small business industries across the country." He stressed that "working as one team in the tourism sector will bring long-term benefits to every part of the UAE and boost our status globally as a single destination that offers rich and diverse experiences."

Sheikh Mohammed bin Rashid Al Maktoum said, "Each of the seven emirates features rich tourist experiences, massive resources and cultural, archaeological and architectural treasures. We aim to unify our efforts to maximise returns." He added, "We invite the private sector to take this campaign as an opportunity to strengthen partnerships with the government to bring greater value and accelerate the country’s economic recovery."

He said that "the UAE hosts an exceptional winter and offers the best services that tourists can utilize inside and outside the country."

"Winter brings great moments and experiences. Like everything else in the UAE, we aim to make every winter the best in the world."

The UAE Strategy for Domestic Tourism was launched with a vision that recognises the importance of developing a comprehensive federal scheme to regulate the UAE’s local tourism sector. The Strategy aims to establish collaboration among local and federal tourism entities and reinforce the role of domestic tourism as a vital supporter of the national economy. It seeks to build a unified tourism identity that supports the objectives of the UAE Nation Brand to celebrate the country’s distinctive features and cement its status as an ideal tourist destination locally and globally.

As part of the Strategy, efforts will be coordinated to highlight the UAE’s major natural, cultural, heritage and historical attractions, using surveys to collect data on people’s interests and hobbies with aims to develop a unique touristic experience on federal and local levels. Through plans and policies, the Strategy will promote the unique tourist experience that every part of the UAE offers, highlighting major historical, natural and heritage sites, festivals and activities of each emirate that contribute to making the UAE an ideal tourist destination. It will also focus on fostering a sense of connection and belonging to the UAE through reigniting the passion of discovery, especially in the young generation, of the country’s hidden gems.

As part of its objectives, the Strategy strives to boost the domestic tourist experience based on the highest standards, which reflect the UAE’s status as an ideal destination that provides a wide variety of tourist experiences to cater to different needs and tastes. It aims to support local tourism experiences, under a unified identity, that aligns with the objectives of the UAE Nation Brand to establish a positive image of the country regionally and internationally. Under the Strategy, the UAE will develop a comprehensive plan to launch tourism campaigns and initiatives on a federal level throughout the year.

The UAE’s domestic tourism sector contributed AED41.2 billion ($11.2 billion) to the national economy in 2019. It constitutes 23 percent of the total tourism sector revenue, compared to 77 percent of shares taken up by international tourism. As part of the new strategy, the country aims to double the domestic tourism revenue and achieve a greater balance between the two forms of tourism by 2030.

Under the UAE Nation Brand that was launched earlier this year, the new unified tourism identity seeks to highlight the country’s distinctive elements and establish its status as an ideal tourist destination. The unified tourism identity aims to celebrate the UAE’s natural, historical, civilisational, cultural and humanitarian elements on local and global levels as part of the country’s inspiring story. It strives to boost and promote touristic facilities as an integral part of the national economy in efforts to diversify the country’s resources in the post-oil era.

The ‘World’s Coolest Winter’, the first federal tourism campaign of its kind to be launched under the UAE Strategy for Domestic Tourism, is part of a wider vision that aims to boost local tourism under a solid collaboration among cultural and tourism entities of the seven emirates.

The Ministry of Economy will oversee the campaign, which will run for 45 days, in collaboration with local tourism entities and the UAE Government Media Office.

The ‘World’s Coolest Winter’ campaign aims to promote domestic tourism across the emirates during winter season for the unique opportunities that the season presents in discovering the UAE’s nature sights and historical landmarks. Through encouraging the public to explore the country’s hidden gems, the campaign will highlight the unique tourist experience that every emirate offers and the major sites and festivals that set each emirate apart.

The ‘World’s Coolest Winter’ campaign aims to harness the ideally pleasant climate of the year to promote the UAE’s diverse cultural, entertainment, social and sports activities that cater to different needs and ages. It seeks to foster a culture of winter tourism in the UAE’s richly diverse society, encouraging the public to enjoy outdoor activities and sports in the breathtaking nature sites of the beach, mountains, desert, oases and conservation reserves.

Running during the winter season, the campaign presents an opportunity for families and friends to connect and embark on different outdoor adventures across the country. The campaign brings together citizens and residents from different nationalities, cultures and interests towards discovering the UAE’s hidden gems. Citizens and residents across different segments are encouraged to share their stories and adventures on social media platforms.
SHARE NOW