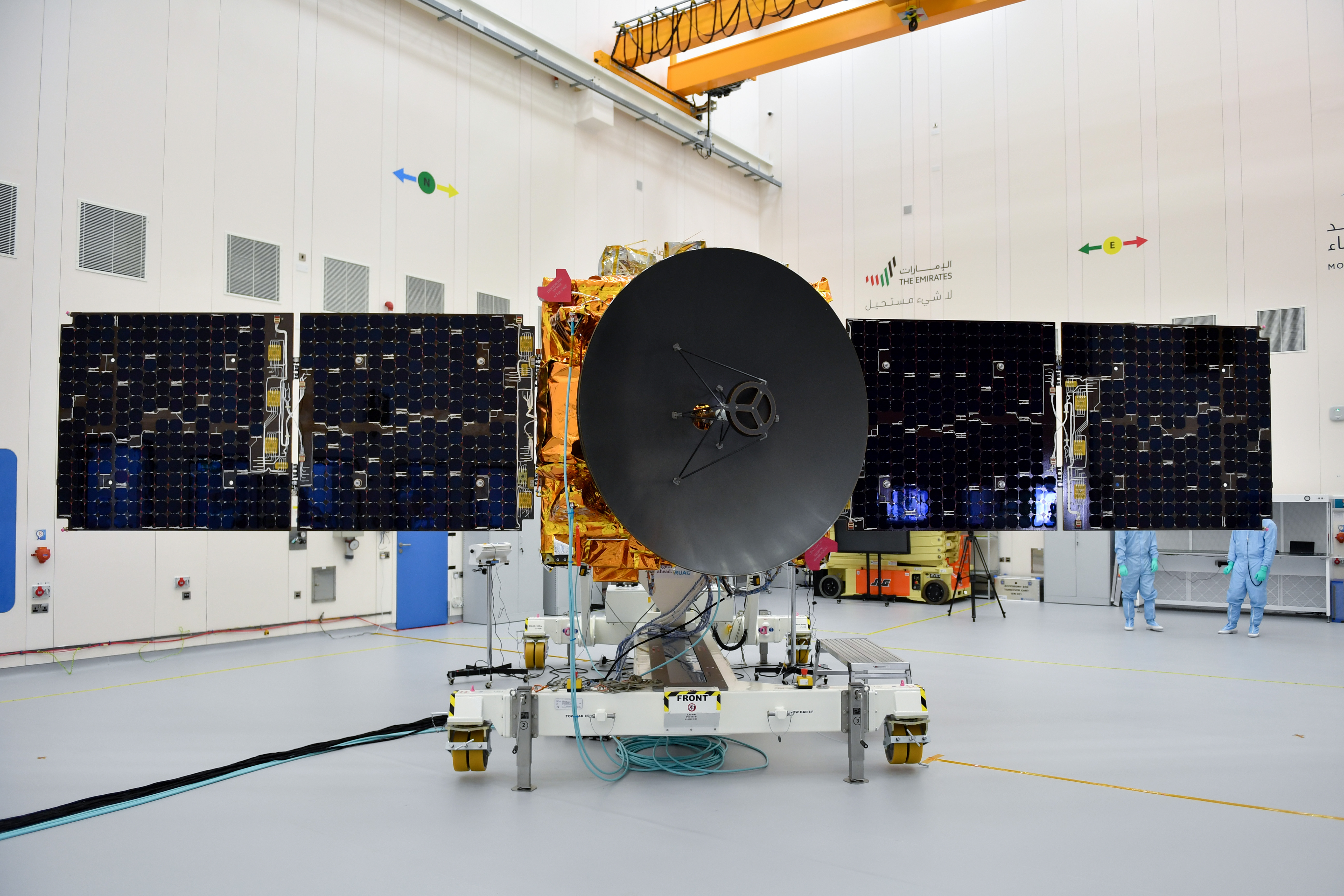 The Emirates Mars Mission, the first interplanetary exploration undertaken by an Arab nation, today announced the scheduled launch of its Mars Hope Probe in a 495,000,000km journey to reach and orbit the Red Planet.

The countdown to the launch begins after the probe’s successful transfer from the UAE to Japan, in a journey that spanned more than 83 hours by land, air and sea. As planned, the world will see the Hope Probe launch into space on Wednesday, 15 July 2020 at 00:51:27 UAE time (05:51:27, Japan time) from Japan’s Tanegashima Space Centre, leveraging the Mitsubishi Heavy Industries (MHI H2A) platform. The scheduled launch date represents the opening of the launch window for the Emirates Mars Mission, which extends to the 13th August 2020.

The Mitsubishi Heavy Industries’ (MHI H2A) platform was chosen as a result of its proven expertise and reputation in space technology around the world, and its high success rates in launching spacecraft and satellites globally. The UAE, for its part, has previously collaborated with MHI to successfully launch the Khalifa Sat satellite.

Since its successful arrival at TNSC in Japan, the Hope Probe has undergone detailed processing operations for the launch. This process completed over 50 working days, entails filling the fuel tank with about 700 kilograms of hydrogen fuel and ensuring there are no leaks. The process also requires testing the communication and control devices, moving the probe to the launch pad, installing the probe on the rocket that will carry it to space, and ensuring the probe batteries are fully charged.

Omar Al Shehhi will also be part of the core team overseeing the launch of the probe into space via the H-IIA H2A missile.

Her Excellency Sarah Bint Youssef Al-Amiri, Minister of State for Advanced Sciences and Emirates Mars Mission Deputy Project Manager, said: “The challenges overcome by the Hope Probe team amidst the global pandemic confirm the UAE mission’s commitment to achieve the impossible. It is a mentality that has now been embedded within the current and future generations. This mission embodies the nation’s aspirations, sends a positive message to the world and demonstrates the importance of carrying on unabated despite barriers and challenges.”

She continued: “Our team continues to work diligently to ensure the mission’s success, and we look forward to collectively celebrate the arrival of the probe on Mars in February 2021 – also coinciding with our 50-year anniversary”.

83 hours from Dubai to Japan

The journey of moving the Hope Probe from Dubai to the launch site on Tanegashima Island in Japan spanned more than 83 hours and underwent three major stages.

The first phase involved the preparation and transportation of the probe from the Mohammed Bin Rashid Space Center to Dubai's Al Maktoum International Airport, which spanned 16 hours. The second stage saw the probe’s 11-hour transfer from Al Maktoum International Airport in Dubai to Nagoya Airport in Japan and included loading the probe and its supporting equipment into the giant ‘Antonov 12’ plane - the largest cargo plane in the world.

In light of the challenges posed by COVID-19, internationally approved stringent health procedures were followed to safeguard the health and safety of the team in Dubai, as well as the team accompanying the probe on its flight to Japan. In addition, a third team traveled earlier and underwent the mandatory quarantine procedures in Japan prior to receiving the probe upon arrival and oversee its transportation to the launch station.

The Hope Probe is a national project that translates the vision of the UAE’s leadership to build an Emirati space program that reflects the country's commitment to strengthening frameworks of international cooperation and finding solutions to global challenges for humanity’s benefit. The first Arab-Islamic project to explore other planets, the mission carries a message of hope to revive a history rich in Arab achievements in science. Embodying the aspiration of the UAE, and its leadership to overcome the impossible, the Hope Probe is the nation’s contribution to shaping and making a promising future for humanity.

The Hope Probe is anticipated to enter Mars’ orbit in February 2021, coinciding with the UAE's golden jubilee celebrations to mark the historic union of the emirates.