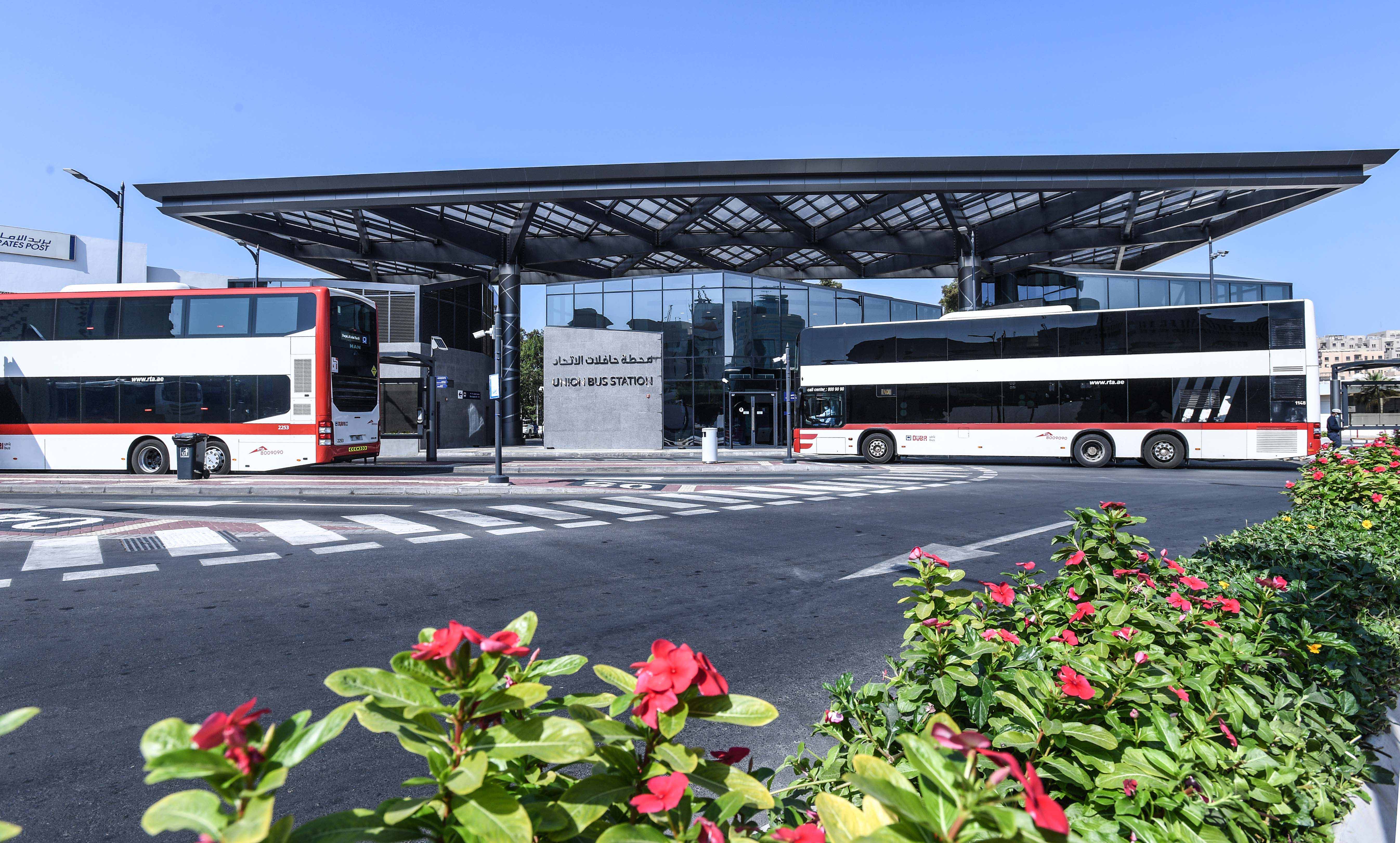 His Excellency Mattar Mohammed Al Tayer, Director-General, Chairman of the Board of Executive Directors of the Roads and Transport Authority (RTA) announced the completion of Al Jaffiliya, Etisalat and Union public bus stations at Al Jaffiliya, Al Qusais and Deira. The new stations are a further addition to Al Ghubaiba Bus Station, which was opened in the final quarter of last year.

“The construction of public bus stations complements RTA’s efforts to improve the public transport infrastructure and to encourage people to use mass transit means in their daily movement. The new stations boast of an innovative engineering design that blends the practical interior with a superb exterior. It employs the construction elements to serve and form part of the architectural design,” said Al Tayer.

The new generation of public bus stations is designed to serve the needs of highly populated areas as well as the current and future requirements for public bus services. The design also caters to the needs of sustainability and people of determination, yet coherent with the identity and shape of RTA’s stations. The role of the new stations goes beyond the prevailing concept of serving passengers while offering integrated services, thanks to the provision of retail outlets, service points, offices and other amenities,” added Al Tayer.

“Al Jaffiliya Bus Station comprises a bus terminal and a multi-level building (Ground floor, 2 storeys, and bus stop yard). The building spans an area of 19,000 square metres that includes 484 square metres as an office area, and an area of 595 square metres for waiting passengers. The station has 6 slots for buses in addition to a parking space for 503 vehicles and a docking station for 30 bikes. The station can accommodate up to 7000 passengers. RTA anticipates the station to be used by 4500 passengers per day, and expects the number to rise to 6000 passengers per day during Expo 2020. The station serves 5 bus routes, which will increase to 6 routes during Expo. Likewise, the number of journeys starting from the station is expected to rise from 28 to 38 daily journeys during the Expo. The station is located at a walking distance from the World Trade Centre, Dubai Frame, General Directorate of Residency and Foreigners Affairs, and the Zabeel Park, a key rendezvous for families and tourists seeking to explore some of Dubai wonders,” said Al Tayer.

The Union Bus Station at Deira features a modern engineering design. It consists of 3 buildings over an area of 2180 square metres. Facilities include office space, customers service lounge, 14 bus slots, 46 parking and racks for 20 bikes. The station is capable of accommodating 7500 passengers. The estimated number of daily users is 5400 passengers, and the number is expected to reach 7150 passengers during the Expo. Similarly, the number of journeys starting from the station is expected to rise from 28 to 40 daily journeys during the Expo. The station serves 7 bus routes, which will rise to 8 routes during Expo. The station is integrated with the Union Metro Station, where the Red and Green Lines of Dubai Metro intersect. The station has a prime location inside Deira’s business belt, which includes Naif, Al Ras, and traditional wholesale markets.

This bus station is linked with Etisalat Metro Station on the Green Line of Dubai Metro. It consists of ground and mezzanine floors. It spans an area of 708 square metres includes office space and customers’ concourse. The station has 24 bus slots, 20 slots for accommodating buses overnight, and racks for 50 bikes. The station can accommodate 4500 passengers and the number of daily users is expected to rise from 3000 to 4100 during the period of Expo. The station serves 7 bus routes, which will rise to 8 routes during Expo. Likewise, the number of journeys starting from the station is expected to rise from 20 to 30 daily journeys during the Expo.

RTA opened Al Ghubaiba Bus Station in October 2020. The station spans an area of 2452 square metres in total. It hosts office spaces, customers service areas, retail outlets and restaurants in addition to 50 slots for buses, 48 parking, stand for 34 taxis, and a docking station for 60 bikes. The station can handle up to 15,000 passengers per day whereas the current daily ridership is about 10,500 passengers. The station has two commercial outlets granted for free to small enterprises managed by citizens in collaboration with the Mohammed bin Rashid Establishment for SMEs.
SHARE NOW