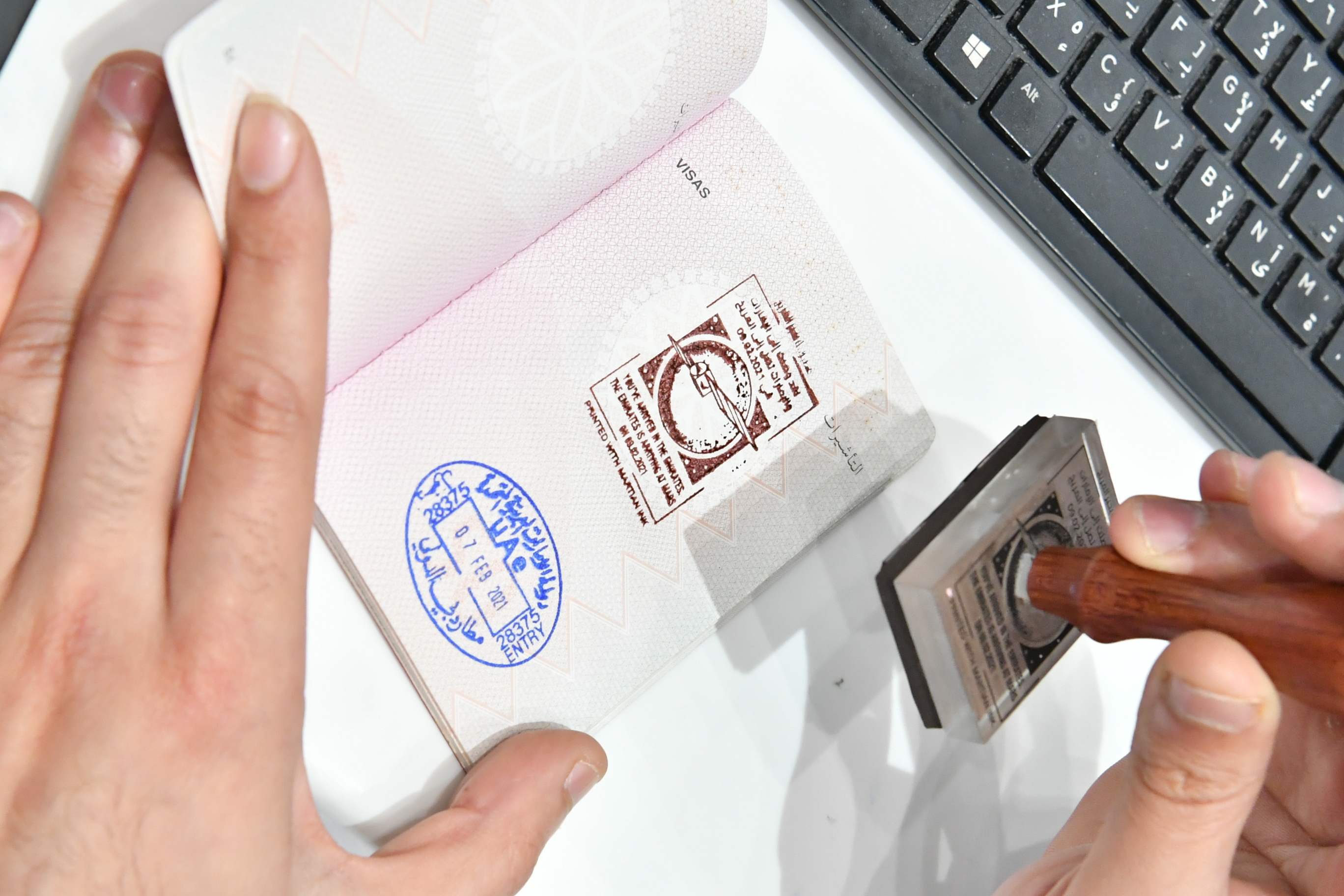 Visitors arriving at UAE airports will receive a Martian Ink stamp on their passports, in commemoration to the Hope probe’s historic arrival to Mars on Feb.9.

An emblem of the country’s ambition and guiding principle that “Impossible is Possible”, the stamp – produced by the UAE Government Media Office in collaboration with Dubai Airports – will offer a memorable reminder of a new era for Arabs in time and space with a special message reading: “You’ve arrived in the Emirates. The Emirates is arriving at Mars on 09.02.2021.”

The special passport stamp marks the spacecraft’s upcoming arrival to Mars on Feb.9, after it successfully overcomes the most critical phase of its mission to enter the Red Planet’s orbit. The probe will provide the first complete picture of the Martian atmosphere.

The limited-edition design is made from the world’s first ‘Martian Ink,’ extracted from volcanic basalt rocks that give Mars its distinct rusty colour.

The rocks were collected during a special mission to the UAE’s eastern Al Hajar Mountains and Sharjah’s Mleiha Desert by experts and gemologists. They were then crushed into a fine paste, dried in the sun, and mixed with adhesives to create three separate colors that represent the Red Planet – ready for stamping into the passports of thousands of visitors.

Basalt rocks, which can only be found in certain parts of the world, date back tens of millions of years and give the UAE’s mountain ranges their distinct rugged look.

Khaled Al Shehhi, Executive Director of Production and Digital Communication Sector, UAE Government Media Office, said: “On July 20, 2020, the world watched in excitement as Emirates Mars Mission’s Hope Probe blasted off towards Mars. Now, seven months later on February 9 2021, the Hope Probe is set to arrive to the Red Planet’s orbit - a major milestone for the UAE and for the Arab world that embodies hope, and conveys the ambition and motivation of the region’s people in overcoming the most pressing challenges to realize their dreams.”

He added, “To commemorate this historic occasion and celebrate the mission’s incredible victory with the rest of the world, we have created a special stamp printed with ‘Martian Ink’ – made of basalt rocks found in the deserts of the UAE. This will be embossed on the passports of all the visitors to the UAE arriving at this time for a limited period.”

Excitement is surging for the Hope Probe to enter orbit around Mars – the most dangerous part of its voyage, as the manoeuvre involves reversing the spacecraft and firing the Hope Probe’s six Delta-V thrusters in a 27-minute ‘burn’ to rapidly slow down the speed of the spacecraft from 121,000 km/h to 18,000 km/h. During this phase, Mars Orbit Insertion, contact between the probe and the Operations team are kept to a minimum. If it successfully enters Martian orbit, the Hope Probe will transition to the Science phase, and capture and transmit the first photo of Mars within a week.

At that point, it will commence its mission to build the first complete picture of the Martian atmosphere using its three advanced scientific instruments that will continue to relay data of the Red Planet’s atmosphere for one Martian year, equivalent to 687 Earth days.

The mission is expected to collect more than 1,000 GB of new data, which will be shared with over 200 academic and scientific institutions around the world.

The Hope Probe’s historic journey to the Red Planet coincides with a year of celebrations to mark the UAE’s Golden Jubilee.