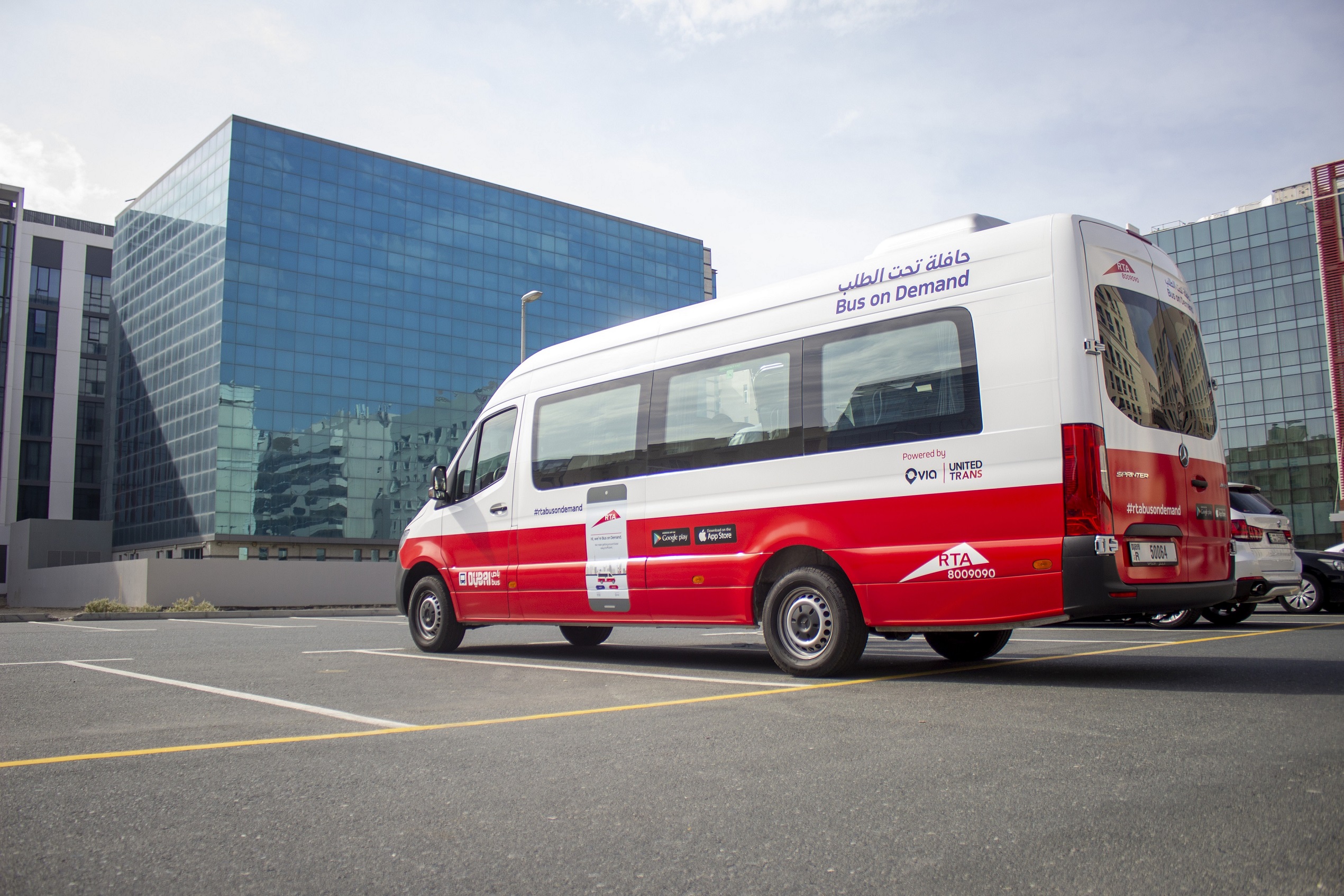 The Roads and Transport Authority (RTA) announced that its Bus On-Demand service had made 84,009 journeys from the start of the service last February up to September 2020. The service, which is coordinated with the operator United Trans, covers Al Barsha 1 and the Dubai Internet City. The service proved to be a hit with customers receiving a satisfaction rating as high as 4.7 out of 5 points. The second phase of the service will be launched this September following the success of the initial phase, despite Covid-19 challenges.

"The Bus On-Demand service is meant to support the first and last-mile strategy and involves operating on-demand minibuses within specific zones. The service is accessible via the Bus On-Demand App and is operated in districts where the demand for public transport is high. Operating 84,009 journeys by five Mercedes Sprinter buses from February to this September is a testament to the importance of the service albeit the challenges of the Coronavirus,” said Adel Shakeri, Director of Planning and Business Development, RTA’s Public Transport Agency.

“The Bus On-Demand service has multiple advantages highlighted by route flexibility that provides better services to certain customer categories. Moreover, it cuts the operational costs, riders waiting time, wasted kilometres, and the movement of private vehicles within those areas. Thus, it curbs carbon emissions, enhances the integration of mass transit modes, and addresses the first and last-mile mobility challenge via high-end buses." he added.

"The average service rating clocked through the app clocked 4.7 out of 5 points, and more than 4,000 accounts were opened on the app. During the trial phase of the service, RTA entered the geospatial data of Al Barsha 1 and Dubai Internet City such that residents and riders at those communities can figure out their locations and track the movement of the bus until it reaches them via the app.

“A plan is being drawn up for the launch of Phase II of the service this September to cover more areas like the International City, The Greens, and Dubai Silicon Oasis, while giving due consideration to the exceptional prevailing circumstances. During this phase, RTA will deploy smaller buses capable of negotiating narrow streets and reaching to clients at any place,” concluded Shakeri.