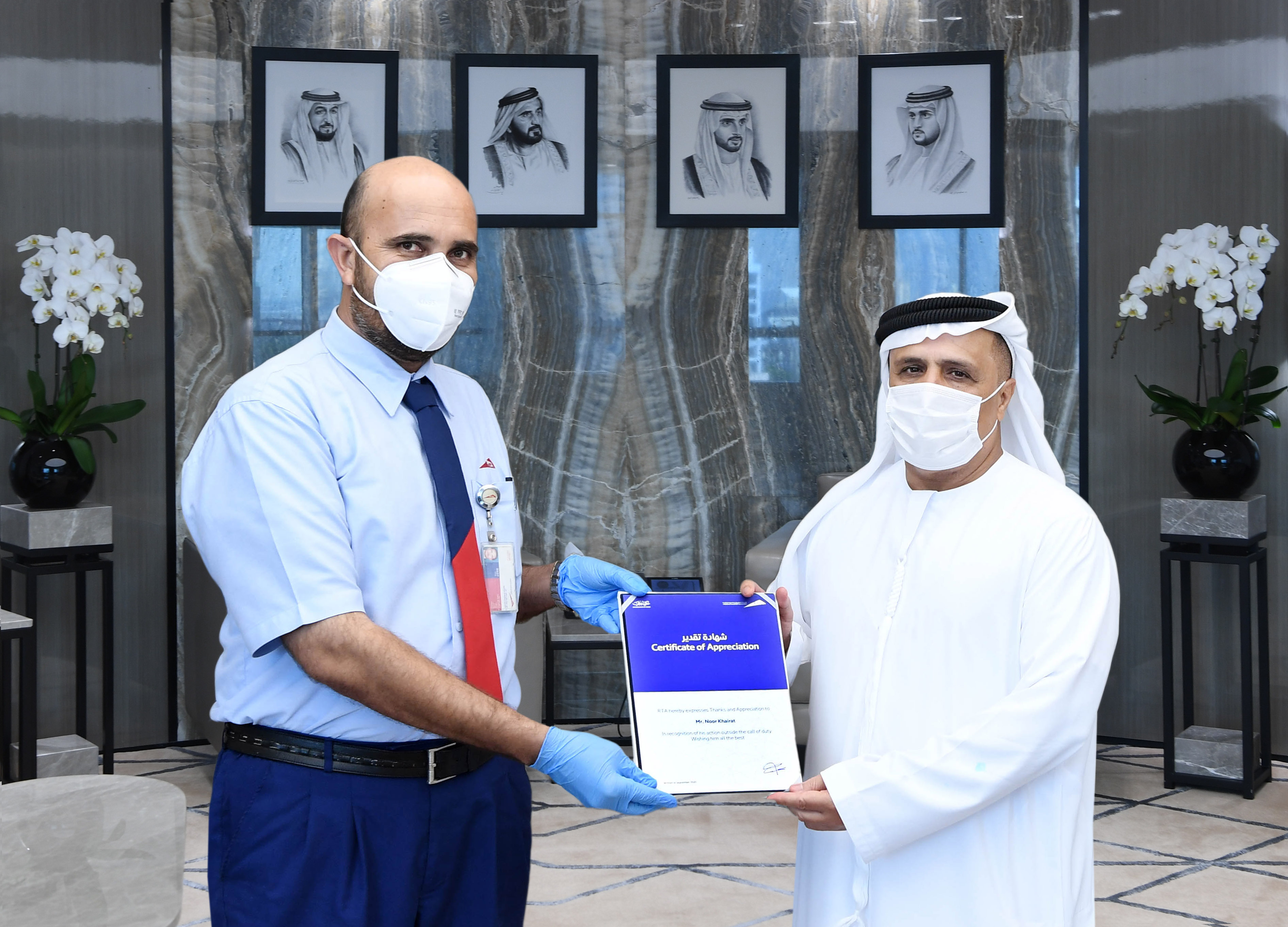 His Excellency Mattar Mohammed Al Tayer, Director-General, Chairman of the Board of Executive Directors of the Dubai’s Roads and Transport Authority (RTA), honoured Mr Noor Khan, a bus driver at the Public Transport Agency, RTA, for his honesty and loyalty. The driver found a bag left on the bus after his tour of duty, and it was revealed that it contained AED250,000. The employee took immediate action by communicating with the Buses Supervisor, who in turn received the bag and took action towards returning the bag to its legitimate owner.

In the presence of Ahmed Bahrozyan, CEO of Public Transport Agency, Al Tayer thanked the employee for his job dedication and handing over the bag without any hesitation. He noted the professional ethics and high manners of the exemplary employee would reflect positively on the workplace and make the employee stand out as a model to emulate.

“We pride ourselves on having employees with such great disciplines and fidelity at the RTA. This bus driver took the proper action by handing over the bag to the Buses Supervisor. This attitude fully reflects the confidence in the loyalty and honesty of the employees of our public transit means that commute hundreds of thousands of riders every day. This behaviour boosts the public confidence when using public transport means in Dubai,” noted Al Tayer.

Employee Noor Khan was grateful for the special recognition he received from His Excellency Mattar Al Tayer. “Honouring me is a source of pride not only for me but also for all employees in public buses. It is an incentive for all of us to redouble our efforts and exhibit more dedication and loyalty in doing our jobs and bring happiness to bus riders. What I have done is part of my core duties.”