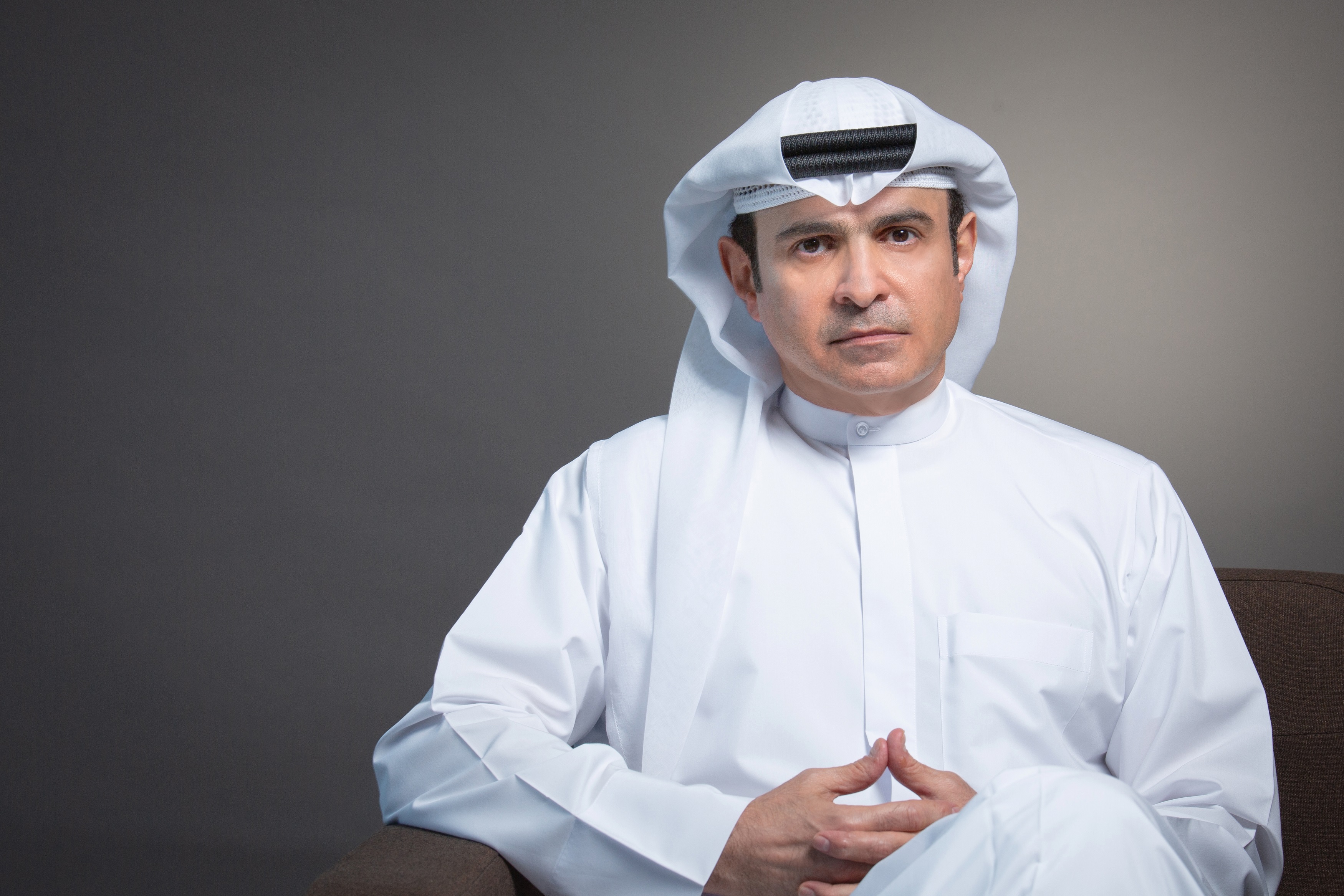 The ‘Thank You’ letter from His Highness Sheikh Hamdan bin Mohammed bin Rashid Al Maktoum, Crown Prince of Dubai and Chairman of the Executive Council, addressed to the various work teams in the emirate’s first line of defence, constituted an additional stimulus to the appreciation and encouragement they regularly receives from the leadership, who in turn lead the process of economic development in spite of the challenges arising from various crises, specifically the global COVID-19 outbreak.

The distinctive initiative has inspired the various work teams in Dubai Economy to maintain their focus on sustainable development, and strive round the clock to preserve the health, safety, and stability of the business community, consumers, and the public in general. Dubai Economy has been consolidating its efforts through studies, directives, and educational flyers aimed to ensure public health and safety following the global outbreak of the pandemic. In line with the ‘We are all responsible’ theme, Dubai Economy continues to drive home the message that government, business community, and consumers, share responsibility in facing the current challenges, adhering to precautionary measures, and maintaining the health and safety of all.

Dubai Economy emphasised that the message by HH Sheikh Hamdan, though not the first of its kind, comes at a very important time during which many work teams are making continuous and large efforts, in various fields, to form a safe bridge with the rest of the emirate’s society. The aim is to overcome the global pandemic, attain full recovery, and start the new growth phase, in line with the directives of HH Sheikh Mohammed bin Rashid Al Maktoum, Vice President and Prime Minister of the UAE and Ruler of Dubai, who said: “Today, we have the federal government team and local government teams, and I like to call you the UAE team. The aim is to draft a national plan for the post-COVID-19 period, a plan that will ensure that the country will recover and develop the quickest. Today, our aim is not only to protect people’s health but also to protect our economy, achievements and living standards. I trust you completely. The key mission today is to facilitate the country’s recovery to be faster than any other country.”

His Excellency Sami Al Qamzi, Director General of Dubai Economy, expressed his gratitude to HH Sheikh Hamdan on behalf of the management and employees in Dubai Economy for the inspiring gesture and distinctive message, stressing that the leadership has always pursued a policy of inspiring and encouraging employees, departments, and work teams in the public and private sectors. He also stressed that the ‘Thank You’ letter from His Highness further affirmed the leadership’s appreciation of the efforts made by the various work teams in the emirate across different circumstances and times.

Al Qamzi also praised the efforts of Dubai Economy’s work teams, noting that the achievements and efforts made since the outbreak of COVID-19 prove the amount of responsibility held by Dubai Economy and its agencies to preserve the health and safety of society on one hand, and ensure the sustainability, continuity of business, and Dubai’s attractive investment environment on the other. He also affirmed his pleasure in continuing the efforts in the current stage of the full market re-opening plan despite the great challenges facing the various work teams and their social responsibility, which aims to preserve the safety and well-being of the various groups of the emirate's community as well as urges them to progress with their efforts and increase them in a manner to fully recover from the pandemic.

The message and the distinctive gesture of His Highness were positively reflected to raise the morale of the Field Inspection Teams in the markets, who are making great efforts in enhancing the commitment of the business community and consumers to the precautionary measures aimed at limiting the spread of COVID-19. The Commercial Compliance & Consumer Protection (CCCP) sector in Dubai Economy conducted a total of 45,289 inspection campaigns since the beginning of the epidemic until 15 June. The inspection and awareness campaigns contributed to achieving a high cumulative commitment by companies since the beginning of the pandemic, reaching 95%, whereby 43,207 commercial establishments met the enforced precautionary measures.

The price.ded.ae portal for price-hike complaints played a role in preserving and protecting consumer rights, where 1,218 complaints were registered since its inception until June 15, 830 of which were made directly through the electronic portal, 385 through the Dubai Consumer app, and three via the call centre. CCCP’s efforts also contributed to seizing more than four million masks of unknown sources, violating 83 commercial establishments due to raising the prices of masks and sanitizers during the period from January to April 2020, and warning 56 other establishments. The Daily Price Monitor to track daily prices of staple foods and essentials also contributed to ensuring that consumers continue to get their basic needs at fair prices and ensuring the sustainability of competitive prices by showcasing the prices of 46 basic needs. 75 issues of the monitor have been launched since its inception until 15 June.

The consultations, meetings, and surveys conducted by the specialised teams in Dubai Economy have also contributed to enhancing Dubai’s readiness to deal with the repercussions of the crisis, whereby Dubai Economy launched a business impact survey in March 2020, coinciding with the onset of the COVID-19 pandemic in the emirate, during which 1,324 companies were involved in three stages, distributed as follows: 702 companies during the first stage in March, 251 companies during the second stage in April, and 370 during the third stage in May, and the survey will also continue in other stages in the future. Considering them an essential partner in the return of the economic movement from the principle of ‘everyone is responsible’, Dubai Economy also held consultations with business groups to discuss corporate concerns and worked to draft and develop safety guidelines and precautionary protocols, where 98 entities participated in the consultations, distributed into five categories as follows: 52 shopping centres, 16 retailers, 20 food and beverage factories, five consumer food complexes, and five banks, taking into account the directives of the competent health and medical authorities. The technical teams in Dubai Economy through the Economic Committee of the General Secretariat of the Executive Council also contributed to the study and preparation of economic policies and incentives during the current period, whereby the number of initiatives launched by the Dubai government and free zones exceeded 80 initiatives.

In turn, the Government Communications Team formed a mainstay in Dubai Economy’s efforts since the beginning of the pandemic through a series of TV and radio interviews, press releases, and messages issued through the social media platforms of Dubai Economy and its agencies, which mainly aimed to update the business community and consumers first-hand, on a daily basis, and in seven languages (Arabic, English, Urdu, Chinese, Hindi, Malayalam, and Persian), on the most rapid developments related to the pandemic, and the precautionary measures imposed by it. Dubai Economy’s messages addressed through the Government Communications Team have varied to include awareness-raising efforts, announcing seizures, monitoring of the business community’s commitment to precautionary measures, disclosing information and data related to the emirate’s economic developments, among other messages.

To secure supply chains and ensure the flow of products, Dubai Economy’s efforts during the pandemic also included coordinating strategic partnerships between companies or institutions in order to facilitate the delivery of products to consumers, such as the partnership between Dubai Taxi, Aramex, and Carrefour to deliver various products and commodities to consumers when shopping online as well as a partnership between NRTC Fresh and InstaShop via an application to deliver grocery products on the same day in a safe and convenient manner. Dubai Economy also coordinated other partnerships between companies, sales outlets, and suppliers to ensure the continuity of the flow of goods and products, such Union Coop, LuLu Hypermarket, and the Emirates Cooperative Society, which ensured the adequacy of the strategic stock of goods and products and the continuity of supply chains during the pandemic.