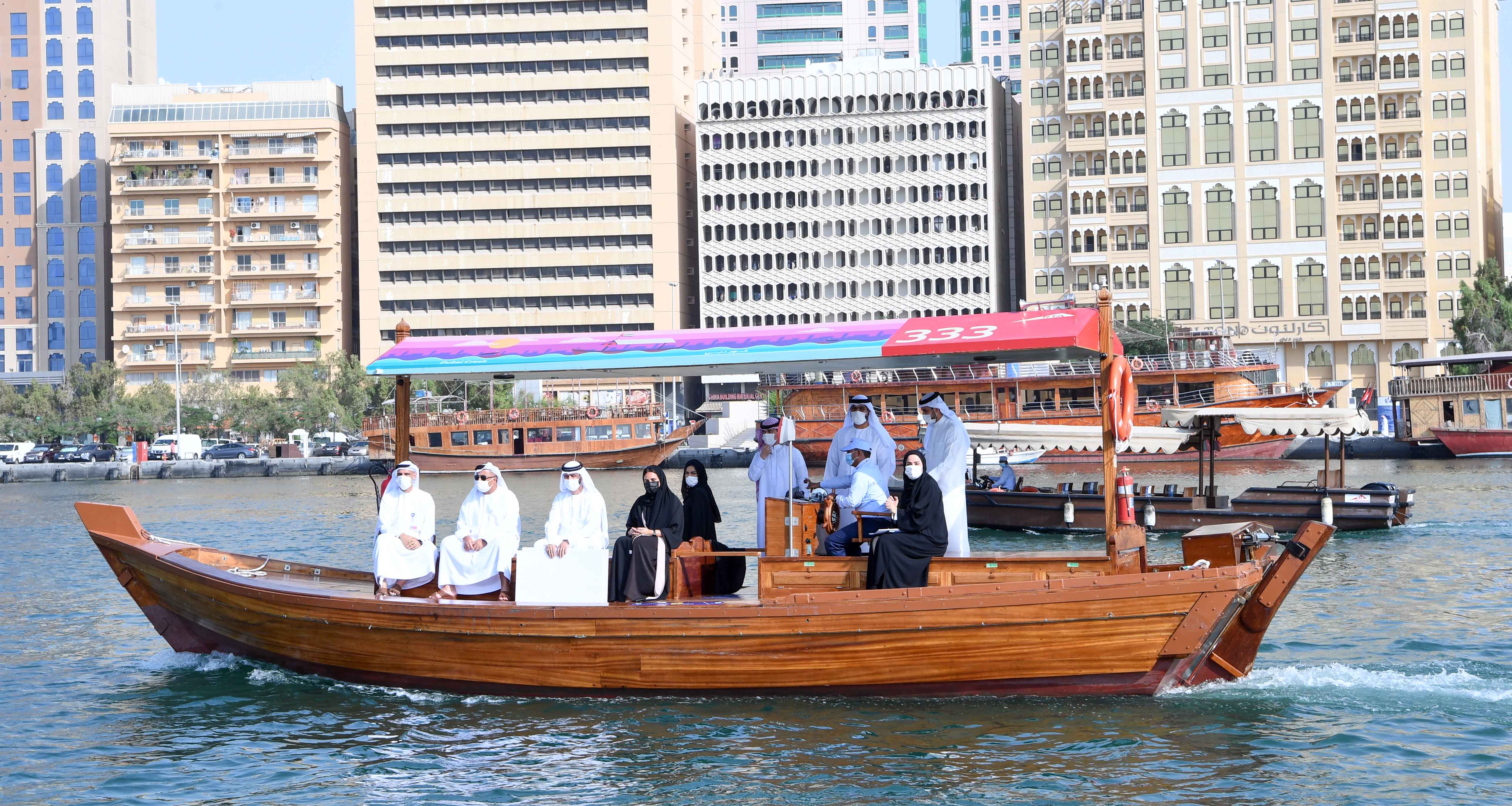 His Excellency Mattar Mohammed Al Tayer, Director-General, Chairman of the Board of Executive Directors of the Roads and Transport Authority (RTA), has launched the enhanced new generation of traditional wooden Abras replicating the same design of the existing Abras while conforming to the highest security, safety and environmental standards.

During a trial tour on the Dubai Creek, Al Tayer listened to a briefing by Ahmed Hashim Bahrozyan, CEO of RTA’s Public Transport Agency, about the technical features of traditional Abras, one of the most important and the eldest marine transport services in Dubai.

The rejuvenated traditional wooden Abra is a much-improved version of the common traditional Abra operating on the Dubai Creek. It is manufactured of the African teak wood, measures 35 feet in length and 10.5 feet in width and has a draft of 5.5 feet. The Abra, which can accommodate 20 passengers, is powered by a 78 hp diesel engine, compared to the 30 hp diesel engine of the old Abras.

The new Abras conform to the stipulations of the Dubai Universal Design Code for People of Determination, and have designated spaces for 2 wheelchairs. In the new Abras, life jackets are placed under the seats to make them more and quickly accessible to passengers when needed compared to regular Abras where they are placed on top.

Moreover, the new generation Abras are fitted with smart transportation systems, GPS systems, cameras and nol payment systems. The engines in the enhanced versions Abras are linked with the remote monitoring system, and advanced sound and lighting systems onboard.

RTA has also improved the position of the engine by placing it in a closed chamber equipped with soundproof and firefighting systems. The Abra is equipped with hydraulic steering to improve driving and manoeuvring. The engine room is fitted with soundproofing and anti-vibration systems to reduce noise pollution. Accordingly, the noise is decreased in the new Abra to less than 65 dB, the universally permissible limit.

“Operating the new Abra is part of a master plan developed by RTA to overhaul Dubai’s marine transport systems which are used by 14 million riders per annum. RTA plans to increase the number of marine transport stations to 59 stations by 2025 and manufacture 26 marine transport modes. It also plans to open new lines on Dubai Creek and the coastal strip along the Jumeirah beaches as well as new lines to serve the new islands and others along the Dubai Water Canal,” revealed Al Tayer.

“The marine transport sector is experiencing a steady growth in the number of modes, stations and passengers since the launch of the Dubai Water Canal that links Dubai Creek with the Arabian Gulf beaches.

This sector is poised to see bigger growth upon the completion of the urban and tourist facilities on both sides of the Canal and the building of more stations along the Canal. Marine transport modes have the potential to become the ideal choice of many citizens, residents and tourists who will enjoy picturesque sceneries of urban and tourist facilities on both banks of the Canal and along the skyline of the Arabian Gulf shores.