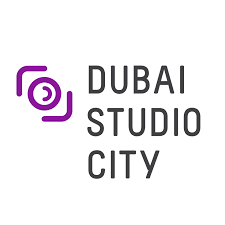 Dubai Studio City is celebrating its 15th anniversary as the region’s leading business community for film and television production, as well as a cornerstone of the emirate’s diverse media ecosystem.

Established in 2005 in line with the vision of His Highness Sheikh Mohammed bin Rashid Al Maktoum, Vice President, Prime Minister of the UAE and Ruler of Dubai, the business community boasts state-of-the-art infrastructure, the biggest sound stages in the Middle East and North Africa, boutique studios across 18 buildings and seven workshops.

Between 2017 and 2020, Dubai Studio City has seen more than 4,000 productions with a total budget in excess of AED 400 million shot across the community.

To date, Dubai Studio has chronicled several successes by attracting a string of global productions including Star Trek Beyond, Tom Cruise’s Mission Impossible, Jackie Chan’s Vanguard and Kung Fu Yoga among others, as well as several popular TV productions such as Master Chef Arabia and The Cube.

The most recent production supported by Dubai Studio City is Arabic movie 321 Action, featuring actress Maysa Maghrbi and Majed Fawaz. The movie was shot at the Dubai Studio City sound stages and in5 – an incubator for tech, media and design startups – and covered several other iconic locations in the emirate.

Commenting on the milestone, Majed Al Suwaidi, Managing Director of Dubai Studio City, said: “Our community was established to play a pivotal role in Dubai’s vision to become a global production, broadcasting and entertainment hub. We are proud of what we have achieved over the last 15 years and look forward to continuing on the path of promoting the media and creative industries, as well as nurturing local and global talent by providing them with access to the best infrastructure and cinema production tools.”

He added: “As part of our drive to support the UAE’s knowledge and innovation-based economy, we are on a mission to set new global benchmarks in ease of doing business and competitiveness. And as our vibrant business community matures, we believe it will become a catalyst for more homegrown success stories and a strategic location for many Hollywood and Bollywood blockbusters.”

To shine the spotlight on local artists and content creators, during the pandemic, Dubai Studio City introduced Reel Talks, a digital weekly series featuring leading regional industry figures, run in collaboration with in5 Media and ON.DXB, in partnership with the National Media Council. Emirati director Amal Al-Agroobi and Emirati animator Mohammed Saeed Harib joined the sessions to share personal anecdotes and tips on making a mark in the media industry.

It also encompasses several lifestyle and leisure option such as the Studio One Hotel, designed by an award-winning interior designer studio, which features a range of restaurants and recreational spaces. This has become a popular destination for community members and the wider public.