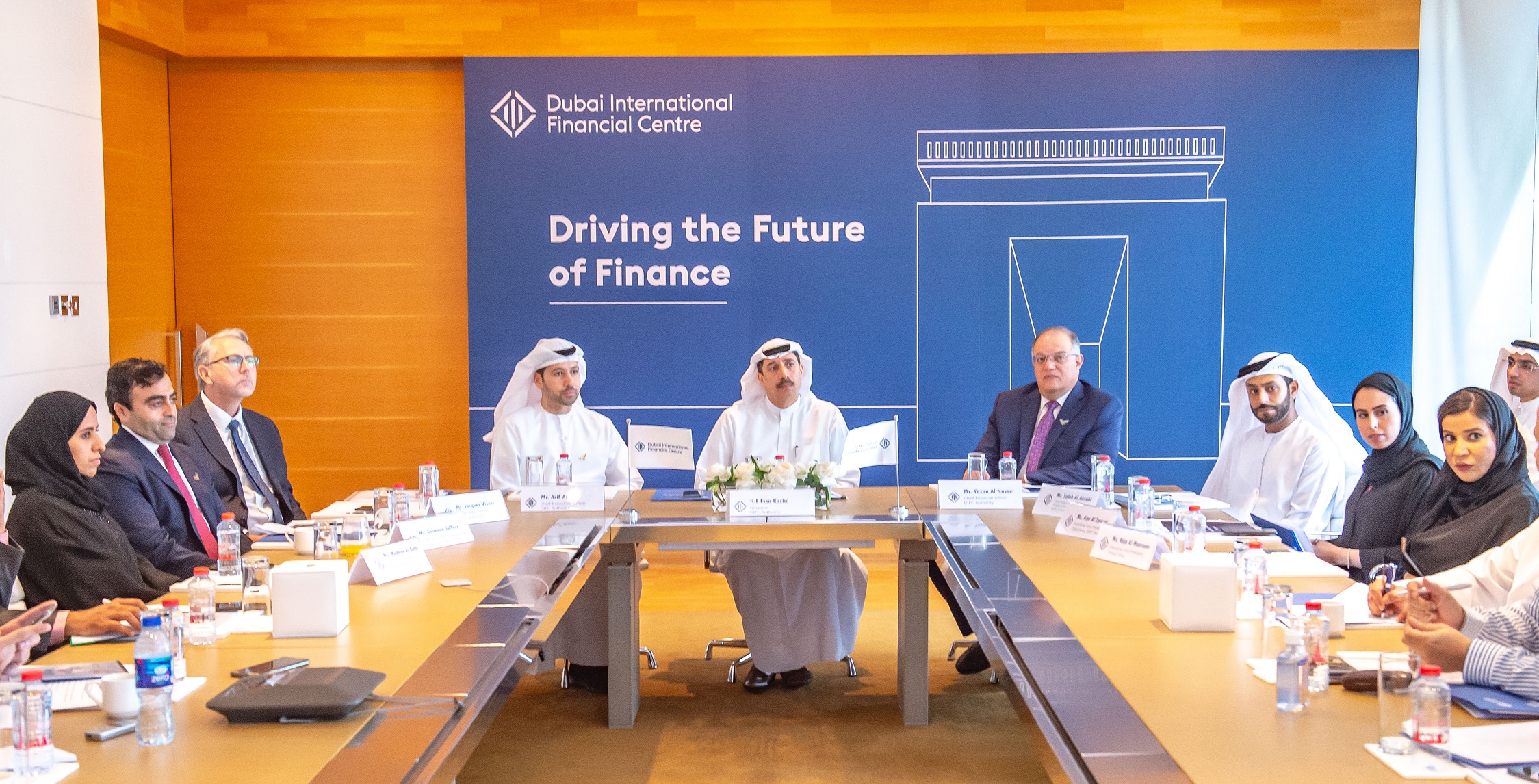 This sustained growth has ensured the Centre continues to attract local and international talent. The DIFC contributed to the creation of 2,034 new jobs, increasing the combined workforce to more than 25,600 professionals, up 9% vs 2018, representing more than 140 nationalities.

His Highness Sheikh Maktoum bin Mohammed bin Rashid Al Maktoum, Deputy Ruler of Dubai and President of the DIFC, said: “This growth reflects the Centre’s significant direct contribution to Dubai’s economy, in line with the vision of His Highness Sheikh Mohammed bin Rashid Al Maktoum, Vice President and Prime Minister of the UAE and Ruler of Dubai to establish the emirate as a major global centre for the new economy.”

“Both the DIFC’s expansion and its ability to reinforce its status as a hub for the world’s largest financial institutions are all the more exceptional considering the current stagnant growth in the global financial industry. In the years ahead, the DIFC will continue to implement the vision of HH Sheikh Mohammed bin Rashid Al Maktoum, by forging closer partnerships with the world’s financial giants. We will work to further strengthen our soft and hard infrastructure to support DIFC-based companies in discovering new growth opportunities and creating greater value. We also seek to consolidate our leadership in the global financial landscape through strategic investments in innovation and technology,” His Highness added.

His Excellency Essa Kazim, Chairman of DIFC Authority Board of Directors and Governor of DIFC, said: “This has been another momentous year for DIFC and we are pleased to have produced record results having achieved a number of milestones including firms registered, number of employees at the Centre and total assets.

The Centre’s success is being powered by our focus on sector diversification, investment in innovation and our unwavering commitment to attracting the best global and local talent. We have also forged a number of new partnerships and strengthened existing agreements internationally and regionally which have helped the Centre achieve substantial growth.
The depth of expertise and experience in financial services, as well as the incredible innovation and entrepreneurship that is now being fostered at DIFC means that Dubai’s financial sector will only go from strength to strength, further strengthening the economy.”

Arif Amiri, Chief Executive Officer of DIFC Authority, said: “We have mapped out a strategy for DIFC that has confirmed our place in the global network of world financial centres and is supporting innovation, trade and investment throughout MEASA region. By providing a stable well-regulated platform for businesses in the region to thrive, we will also be able to increase significantly the contribution we make to Dubai’s dynamic economy.

We have a deep commitment to developing the technologies necessary for digitising the future economy of the region. The rapid growth of young tech firms setting up in DIFC is validation of our strategy to help start-ups to grow by providing access to capital, talent and mature partners with established networks. We are developing a tech ecosystem that will enable tomorrow’s entrepreneurs to flourish.”

In 2019, total banking assets booked in DIFC stood at USD$178 billion (up by 13% from 2018). An additional $99 billion of lending was also arranged by DIFC firms. DIFC’s total Wealth and Asset Management (WAM) industry is worth USD$424 billion, of which USD$99 billion was invested by DIFC portfolio managers. Gross Written Premiums for the insurance sector reached nearly USD$2 billion in 2019, representing a growth of 17.4% versus 2018.
Driving the Future of Finance
During 2019, fDi Intelligence, published by the Financial Times, ranked Dubai seventh globally among the world’s top FinTech Locations of the Future 2019 / 2020 for Economic Potential Index. FinTech companies in the Centre grew four-fold to 129 in 2019. New entrants to DIFC included Wethaq (Capital Markets) Ltd, Likvidi Securities Ltd (formerly known as TokenMarket Capital Limited), and Fenergo.

Throughout 2019, DIFC has been directly responsible for boosting access to funding by engaging and building its Venture Capital ecosystem, as well as by investing directly in promising FinTech start-ups. In March 2019, the Centre announced the appointment of Middle East Venture Partners and Wamda Capital to manage USD$10 million of its dedicated USD$100 million FinTech Fund. To date, DIFC has invested in FinTech organisations including payments, roboadvisory, blockchain and KYC platforms.

The DIFC’s legal and regulatory framework is recognised as the most sophisticated and business-friendly common law jurisdiction in the region. During 2019, the Centre further enhanced its legal and regulatory framework with the enactment by His Highness Sheikh Mohammed bin Rashid Al Maktoum of a number of new DIFC laws to ensure businesses and investors can operate across the region with confidence. These include ground-breaking new regimes in respect to employment, intellectual property, Insolvency, and a flexible new prescribed companies regime for investment and structuring purposes.
Throughout the year, the DIFC has continued to build an attractive environment for the workforce of 25,600 professionals based in the Centre. The Centre launched the DIFC Employee Workplace Savings (DEWS) scheme, which is the region’s first employee savings plan that offers a voluntary savings component for employees. The move to professionally managed and cost-effective savings plans reflects the DIFC’s standing as a world-leading business hub with values of ease, transparency and international best practice that will drive the future of finance.

¬In 2019, the DIFC’s independent regulator, the Dubai Financial Services Authority (DFSA), announced a new regime to facilitate the passporting of funds. The UAE passporting regime is a regulatory mechanism for the promotion and supervision of investment funds that encourages foreign licensed firms in financial free zones, based in other countries, to enter the local market.

The DIFC continues to be recognised on the global stage as a leading lifestyle destination and an attractive place to visit, work and do business. 2019 saw prime retail space occupied by 310 active retailers including global brands and regional designers compared to 274 retailers at the end of 2018, a growth of 13%.

During 2019, the DIFC also witnessed flagship openings such as the launch of Waldorf Astoria, Dubai International Financial Centre, a 275-key hotel which when combined with the two other world-class hotels based in the Centre, Four Seasons and The Ritz-Carlton DIFC, brought the total number of hotel rooms available to those visiting the DIFC to 722.

The DIFC is also home to one of the UAE’s largest collections of public art with sculptures from internationally renowned artists including Manolo Valdés and is the foundation for initiatives such as the One Mile Gallery launched in partnership with Brand Dubai, the creative arm of the Government of Dubai Media Office, which showcases the best of local, regional and international design and promotes art, innovation and entrepreneurship.

Art played centre stage with the DIFC welcoming its seventh elite art gallery, ‘Sconci Gallery’ to the DIFC in 2019. With installations and pop-ups taking place throughout the year, the DIFC hosted seasonal editions of the hugely popular Art Nights during March 2019 and November 2019, which saw participation from international and local art galleries and artists, as well as installations accompanied by musical performances and light installations from interdisciplinary artists.