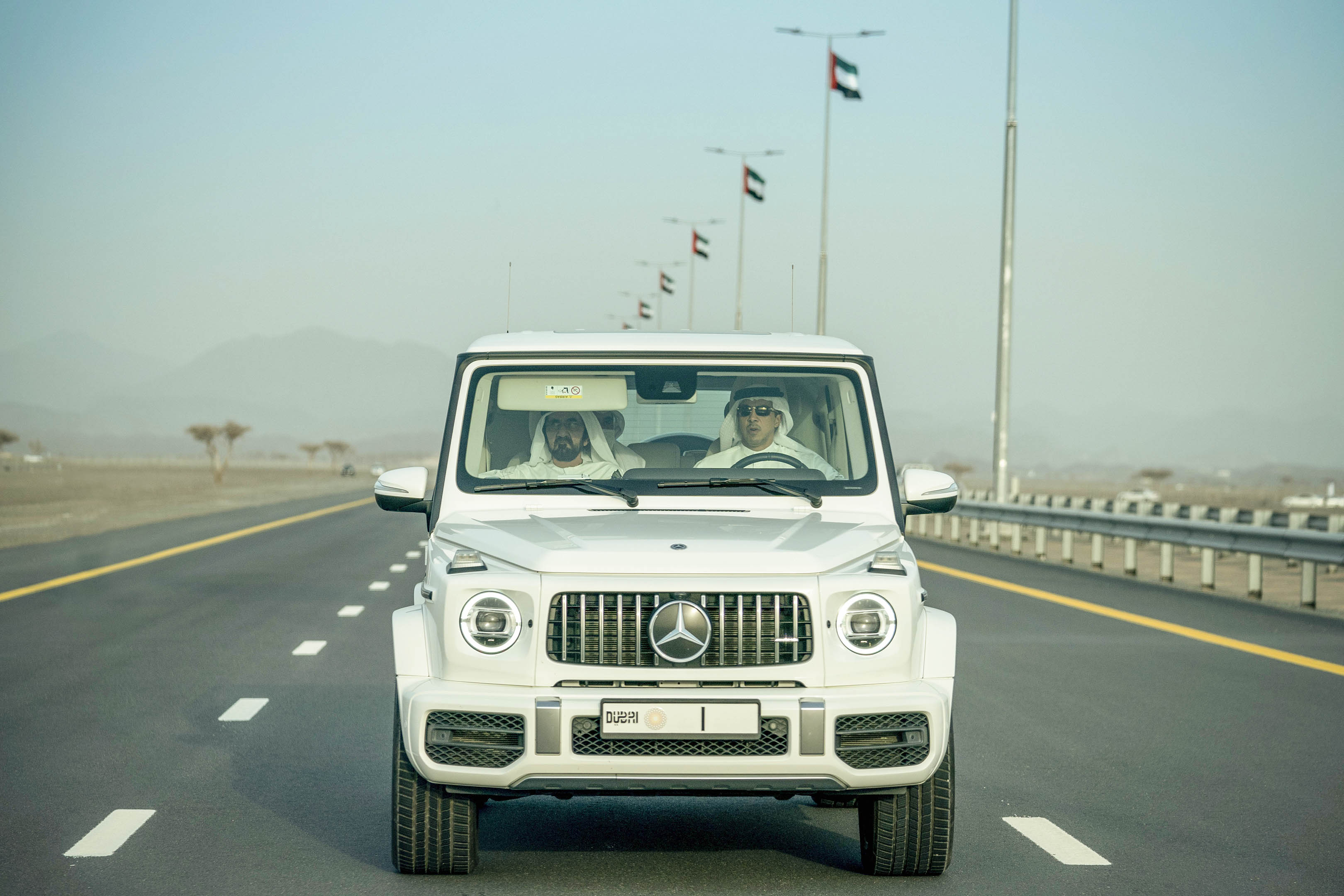 HH Sheikh Mohammed bin Rashid Al Maktoum, Vice President and Prime Minister of the UAE and Ruler of Dubai, has inaugurated a series of road networks and strategic development projects implemented with the aim of shortening the distance and transportation time between various regions and emirates in the country.

Completed at a total cost of AED1.95 billion, the projects were implemented under the directives of President His Highness Sheikh Khalifa bin Zayed Al Nahyan and the guidance of His Highness Sheikh Mohamed bin Zayed Al Nahyan, Crown Prince of Abu Dhabi and Deputy Supreme Commander of the UAE Armed Forces. The projects are part of vital development initiatives implemented by a committee under the President’s directives to provide the highest quality of living for the UAE’s people. Apart from enhancing transportation efficiency, the new projects are expected to facilitate commercial growth and encourage domestic tourism.

The inauguration event was attended by His Highness Sheikh Mansour bin Zayed Al Nahyan, Deputy Prime Minister and Minister of Presidential Affairs; HE Suhail bin Mohammed Al Mazrouei, Minister of Energy and Infrastructure; and other officials.

On the occasion of the inauguration, His Highness Sheikh Mohammed bin Rashid Al Maktoum said: “Under the leadership of Sheikh Khalifa bin Zayed and the follow up of Sheikh Mohammed bin Zayed as well as the concerted efforts of federal and local authorities, the UAE continues to implement strategic initiatives that support the country’s aspirations for the next 50 years and boost the competitiveness of its vital sectors. The UAE’s infrastructure projects are designed to provide an environment where both individuals and institutions can achieve their fullest potential.”

“We are constantly seeking to implement new strategic projects that can generate economic value by more closely integrating various regions in the country, enhancing productivity and creating fresh investment prospects, which in turn can bring new opportunities for the country’s people and institutions.

“The UAE remains committed to providing the public and private sectors with the resources needed to accelerate growth and innovation. Our infrastructure initiatives aim to strengthen the country’s status as a global model for sustainable development and provide its people with a quality of life that rivals the world’s best,” His Highness added.

“The UAE leadership considers infrastructure development as one of its highest priorities since it is key to opening new horizons for economic growth and development. The country aims to create infrastructure that is among the world’s best and our strategic projects are designed to further enhance the UAE’s high global ranking in economic, social and quality of life indicators,” HH Sheikh Mansour added.

Featuring a total gross road length of 112 kilometres, the road projects inaugurated today include a network of tracks, roads, intersections and bridges in three main axes. The first axis, Sheikh Khalifa bin Zayed Road, is a new route that represents an extension of the Sheikh Khalifa Road (E84) leading to the Emirate of Fujairah. This axis extends from the intersection of Sheikh Khalifa Road with Sharjah-Kalba Road (E102) and continues through the Mleiha area and Al Madam area in the Emirate of Sharjah and ends in the Al Shuwaib area in the Emirate of Abu Dhabi. The 52 km route has three lanes in each direction, with a design speed of 140 km/h.

The second axis is Al-Watan Road, which represents a direct connection route between various regions, with three lanes in each direction, featuring a length of 42 km and a design speed of 120 km/h. This axis extends from the Hatta area, passing through the Masfout area in the Emirate of Ajman, the Almunaee area and the mountains of Wadi Al Qor in the Emirate of Ras Al Khaimah and intersects with the first axis in the Mleiha area in the Emirate of Sharjah.

The third axis of the project is the Dubai-Hatta Road, which includes the development and improvement of the current Dubai-Hatta road between Nizwa and Al Madam areas within the Emirate of Sharjah, with three lanes in each direction instead of two lanes, at a speed of 120 km/h. The length of this lane is 18 km.

The road includes the construction of an upper crossing for vehicles in the Madam area and two bridges over the Madam roundabout. The project also includes the development of the current lower crossing leading to Al Nizwa area and the construction of four pedestrian bridges in the Madam area. The project aims to improve traffic safety and the flow of vehicles on the road.

The new road projects - whose implementation was supervised by the Ministry of Presidential Affairs in cooperation with the Ministry of Energy and Infrastructure and the Etihad Water and Electricity company - will shorten the distance and time between areas. The second axis, along with a part of the first axis, will shorten the distance between Al Madam roundabout and the Hatta area from 115 km to 95 km, reducing transportation time by 30 minutes.

In addition, the first axis will contribute to shortening the distance between Al Shiwayb area and the Emirate of Fujairah from 115 km to 93 km, which will reduce the journey time by 15 minutes.