The United Nations Children’s Fund (UNICEF) announced at a press conference held in Dubai today that Majid Al-Usaimi has been appointed as its first National Ambassador from UAE.

Majid Al-Usaimi’s appointment as UNICEF National Ambassador follows decades of work for children in the UAE and in the Middle East, North Africa and Asia regions through his leadership positions and commitment to child rights.

Al-Usaimi is currently President of the Asian Paralympic Committee, Chief Executive Officer of the Dubai Club for People of Determination, Member of the SOMENA (Special Olympics in the Middle East & North Africa) Advisory Council, and Board Member of UAE Supreme Committee for the Protection of the Rights of Persons with Disabilities.

In his new role on behalf of UNICEF, Al-Usaimi will help give children a voice and bring their needs to the attention of decision-makers. He will contribute to UNICEF’s advocacy and work to achieve all child rights.

“I’m happy and honoured with this appointment. As a National Ambassador for the UAE, I hope I can contribute to my full potential and work towards the goals of UNICEF, not only in UAE but also in Asia and around the world,” said Al-Usaimi. “The appointment has come at the right time as we are set to implement the APC’s new Strategic Plan for the next four years; in addition, our mission also aligns with UNICEF’s objective of using sport to empower children and youth with disabilities and promote social inclusion.”

Al-Usaimi said the UAE has emerged as a global model for the welfare of families and children, which is promoted in the country by various organisations, foremost among which is the Supreme Council for Motherhood and Childhood. The UAE has enacted strong laws to ensure the protection of children, the most important of which is the ‘Wadima’ law issued by His Highness Sheikh Khalifa bin Zayed Al Nahyan, President of the UAE, he noted. Child welfare is one of the most important priorities of His Highness Sheikh Mohammed bin Rashid Al Maktoum, Vice President and Prime Minister of the UAE and Ruler of Dubai, who has launched many initiatives to provide education opportunities and enhance the quality of life of children both in the region and across the world, Al-Usaimi further said.

“The appointment of Majid Al-Usaimi as a national ambassador for UNICEF in the United Arab Emirates is a step in his long path to support children’s rights, especially the most vulnerable children,” said Eltayeb Adam, UNICEF Representative for Gulf Area office. “We have many opportunities and events this year - including Ramadan campaign for children, Dubai Expo 2020, among many others and others - to spread awareness about children’s rights, reimagine and build a better world after COVID-19 pandemic, and to place the children at the centre of all programs and policies.” 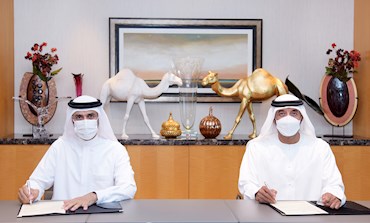 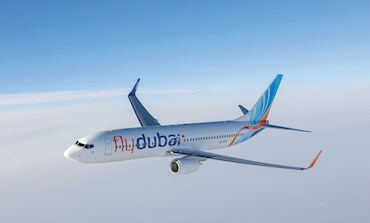 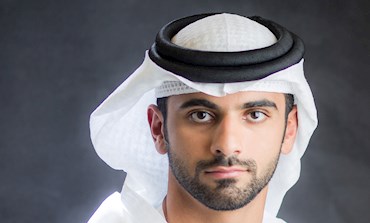