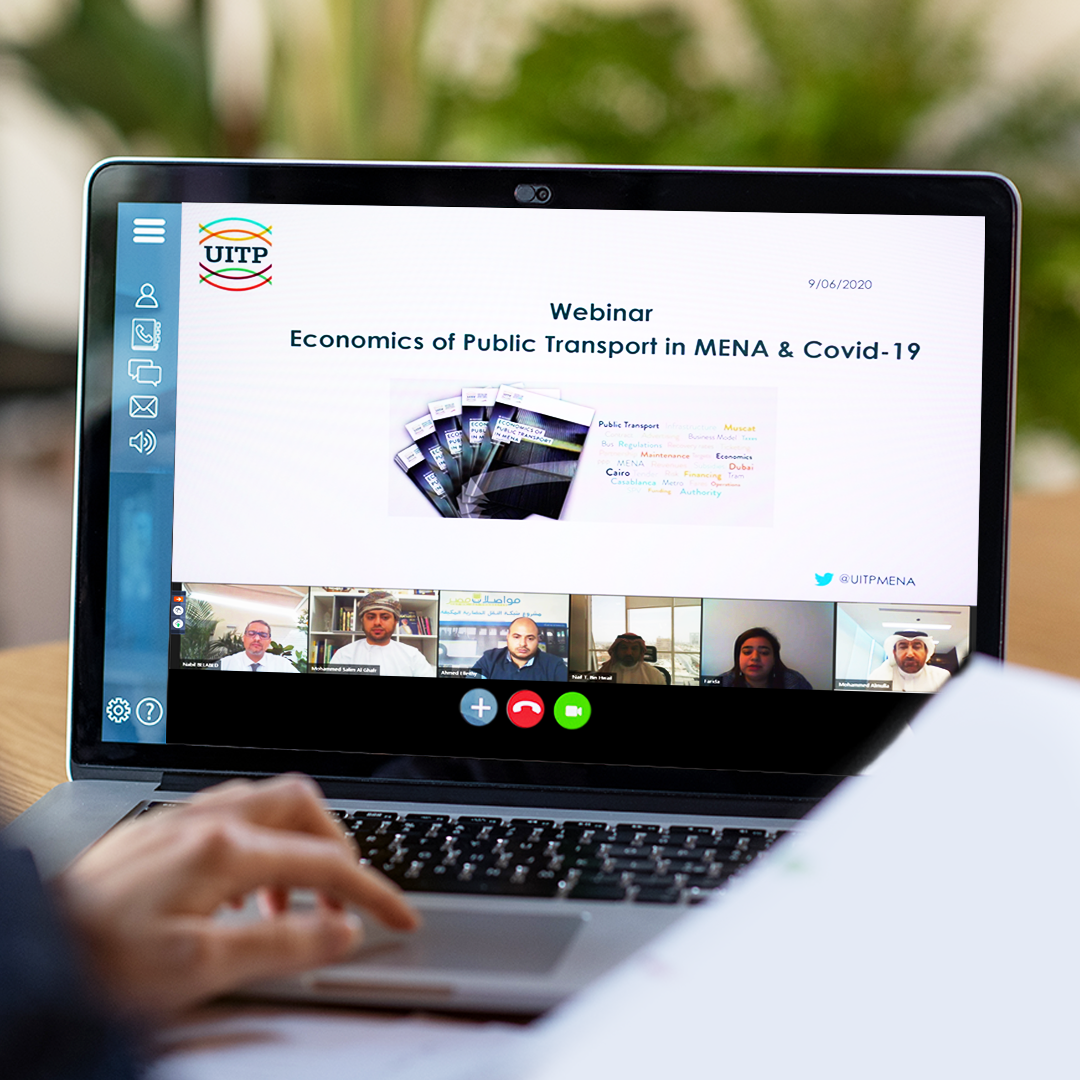 During the UITP webinar, RTA reviewed its unprecedented precautionary measures to tackle Covid-19 as part of the National Disinfection Programme introduced by the UAE from March to mid-May this year, to cope with this global pandemic. The webinar attracted a considerable number of participants from UITP members.

Commenting on UITP MENA report, Mohammad Obaid Al Mulla, RTA Board Member and Chairman of the Coordinative Committee of the business of MENA Centre for Transport Excellence with RTA, who represented RTA, said, “MENA report focused on the business of public transport in the MENA region by identifying the legislative, operational, funding, tariff, revenues and partnership practices in four MENA cities namely Cairo, Casablanca, Dubai and Muscat. The report detailed different types of business models adopted in the delivery of public transport service in the said four cities.”

Reflecting on the exceptional precautionary measures RTA had taken to tackle Covid-19, Al Mulla said, “Our focus has been on customer’s happiness and satisfaction. Accordingly, the Government of Dubai, employers, and private organizations launched several online media engagement and awareness initiatives to keep customers and employees engaged.

“RTA’s current focus is on the awareness of employees and customers during these times as it is very important to guide customers properly. RTA’s leadership and management relayed communication messages to employees about their safety and work at home tips to keep them engaged. Such messages aimed to maintain the business continuity and deliver services via smart apps 24/7 hours,” he added.

“RTA managed to transform the crisis into a challenge, and the challenge into a promising opportunity to further improve services under such exceptional conditions, thanks to the solid cooperation with strategic partners such as government and semi-government entities as well as private companies and community members. RTA’s first defence line heroes worked day and night to support the national efforts and maintain the health of people. We attach much weight to the need for uniform policies and precautionary measures to fight Covid-19 and at the same time endeavour to improve on the level of services on offer,” concluded Al Mulla.