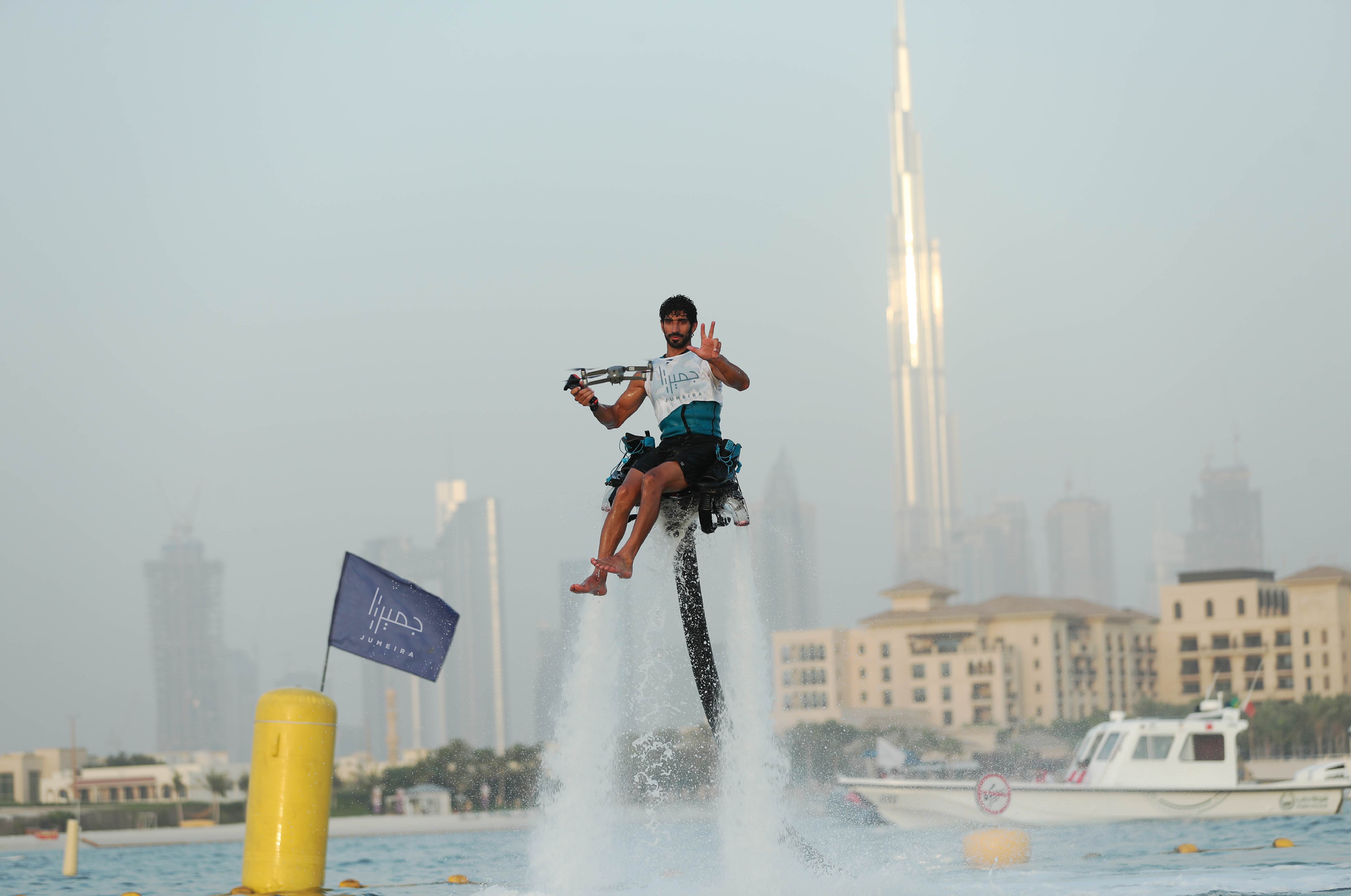 Brand Dubai, the creative arm of the Government of Dubai Media Office (GDMO), in partnership with the Roads and Transport Authority (RTA), Dubai Electricity and Water Authority (DEWA), Dubai Municipality, Department of Tourism and Commerce Marketing, Dubai Sports Council and Dubai Culture and Arts Authority has activated a destination brand identity campaign for Jumeira aimed at further raising the neighbourood’s profile as a social and cultural hub that provides diverse creative and aesthetic experiences for residents and visitors.

The new campaign forms part of the Jumeira Project, an initiative launched in 2018 to transform the neighbourhood into a creative and social destination. The brand identity campaign seeks to highlight Jumeira’s unique character as a bridge between the city’s past and present. The campaign also celebrates the combination of Emirati heritage and cosmopolitan urban spirit that defines Jumeira.

The various design elements of the destination logo, which features the Arabic word Jumeira, capture the essence of a neighbourhood that in many ways represents the soul of Dubai. The curves in the logo represent the waves, street fences and traditional architectural style commonly found in the neighborhood while its sharp angles represent the design of its modern buildings. Key elements of the design also reference traffic signals and the road, signifying Dubai’s development journey and its vision for the future. The blue color of the logo is inspired by the sea that has deeply influenced Jumeira’s character both in the past and present.

Her Excellency Mona Al Marri, Director General of the Government of Dubai Media Office said:  “The Jumeira brand identity initiative is aligned with the vision of Vice President and Prime Minister of the UAE and Ruler of Dubai HH Sheikh Mohammed bin Rashid Al Maktoum’s vision to raise Dubai’s profile as a cultural and tourism destination both regionally and globally. Through the campaign, we seek to highlight the neighbourhood’s vibrant character and its rich history. While being deeply rooted in the country’s traditional culture, Jumeira also represents the progressive values and aspirations that have shaped Dubai including its futuristic vision and inclusive ethos. The initiative is part of Brand Dubai’s efforts to infuse a new creative energy into one of the city’s prominent neighborhoods and showcase its distinctive heritage, modernity and innovative spirit.”

His Excellency Mattar Mohammed Al Tayer, Director General and Chairman of the Board of Executive Directors of the Roads and Transport Authority (RTA), stated: “Our partnership with Brand Dubai, which has spanned several years, has enabled the RTA to participate in several initiatives to enrich Dubai’s urban environment. RTA continues to support the Jumeira Project by displaying the Jumeira logo on its main directional signages at three vital streets, 2nd of December Street, Umm Al Sheef Street, and Umm Suqeim Street. RTA will spare no effort in committing all its resources for the success of the Jumeira Project. We will also be working with Brand Dubai to soon unveil a series of public art installations as part of the second phase of the Jumeira Project. The initiative will see eight sculptures created by international artists being installed at select bus stops along Jumeira Road stretching from the Dubai Canal to Jumeira Al Naseem.”

His Excellency Saeed Mohammed Al Tayer, MD & CEO of Dubai Electricity and Water Authority (DEWA), said: “We are committed to enhancing Dubai’s position as an incubator for creativity, as well as making the Emirate an open museum that shows its unique character as one of the world’s fastest growing and culturally diverse cities. DEWA is pleased to support Brand Dubai in highlighting the cultural and historical significance of Jumeira through creative events and activities. These include organising the Earth Hour event in Jumeira, which reflects the UAE’s leading role in hosting and supporting initiatives that raise awareness on environmental issues and advance sustainable development locally, regionally and globally. DEWA will also organise Green Week activities and many projects and events that promote conservation of resources through effective partnerships with government and private organisations.” HE Al Tayer further said that DEWA, in cooperation with Brand Dubai, will implement a number of mural projects on its facilities in the Jumeira area. DEWA has sponsored and organised many cultural, community, and sporting events in Jumeira to underline the creative and historical value of this important area of Dubai.

His Excellency Dawoud Al Hajri, Director General of Dubai Municipality, said: “Dubai Municipality is committed to support the Jumeira Project by enhancing the urban ambience in the neighbourhood through a series of civic development and landscaping projects. Apart from being a prominent commercial hub, Jumeira features beautiful neighbourhoods and green areas that have turned it into an open park. The neighbourhood is also distinguished by its blend of heritage and modern architecture, which gives it a unique identity. Dubai Municipality’s projects in Jumeira included 23 distinctive murals created on Jumeira road. The project was implemented in 2018 in partnership with Brand Dubai as part of the Jumeira Project. Through these initiatives, which are focused on transforming the neighbourhood into a place of creative connection and engagement, we seek to celebrate the cultural dynamism and innovation that are an integral part of life in Jumeira."

His Excellency Helal Saeed Almarri, Director General of Dubai’s Department of Tourism and Commerce Marketing (Dubai Tourism), said: “We seek to work closely with Brand Dubai to reinforce Jumeira’s status as a major tourism hub and add to the diversity of offerings that await visitors as we strive to achieve the goal of Dubai’s tourism strategy – to make it the world’s most visited and preferred destination. Throughout the year, Jumeira is constantly abuzz with artistic performances, sports competitions and cultural and community events including activities that are part of the citywide Dubai Fitness Challenge 30X30 and the Dubai Food Festival, which aims to position the emirate as the gastronomy capital of the region and enhance its position as a must-visit destination.”

His Excellency Saeed Hareb, Secretary General of Dubai Sports Council (DSC) said: “Jumeira is a burgeoning sports district, home to many important international and local sports tournaments. The area is the beating heart of marine sports in the region, with domestic and international championships held there throughout the year. Dubai Sports Council is pleased to be a part of the Jumeira Project, and will continue to host and organise many more sports events in this district to raise the role of sports in promoting health and happiness and bringing our diverse community together. Key sports events organized by DSC in Jumeira have included JK SPORTS, Beach Run DXB, PaRus Fight Championship, Cigna Park Run, La Mer Open Water Swim, La Mer Open Water Swim, La Mer Open Water Swim, RINGSIDE RAMPAGE, UAE Tri49, Golf in Dubai Championship, Cigna Park Run and the Dubai International Sports Conference.”

Her Excellency Hala Badri, Director General of Dubai Culture and Arts Authority, said “We at Dubai Culture are happy to be working with Brand Dubai as we share its vision to turn Dubai into an open-air museum through street art and cultural activations that make art and creativity accessible to everyone. We are keen to be part of this exciting new initiative, especially given our many assets in Jumeira that add to the area’s spirit and distinctiveness. These include the Al Safa Art and Design Library and Umm Suqeim Library, which along with our other libraries across Dubai, are being turned into community centres under the Schools of Life initiative; Al Jalila Cultural Centre For Children; and Etihad Museum and Majlis Ghorfat Umm-Al Sheif, where a number of artists will be showcasing their work and sharing experiences. Throughout the year, we undertake a number of activities involving artists and creatives across our assets in Jumeira and actively collaborate with international entities and brands to enhance Jumeira’s cultural vibrance. We are also organising cultural tours of Etihad Museum and street art activations, in line with our strategy to position Dubai as a global centre for culture, an incubator for creativity and a thriving hub for talent.”

The Jumeira logo is currently displayed on the main directional signages on Jumeira Road and billboards in the area. The logo will also be used by government and semi-government entities when organising activities and events in Jumeira. Hotels, restaurants and cafes along the Jumeira Road will also display the logo at their premises.