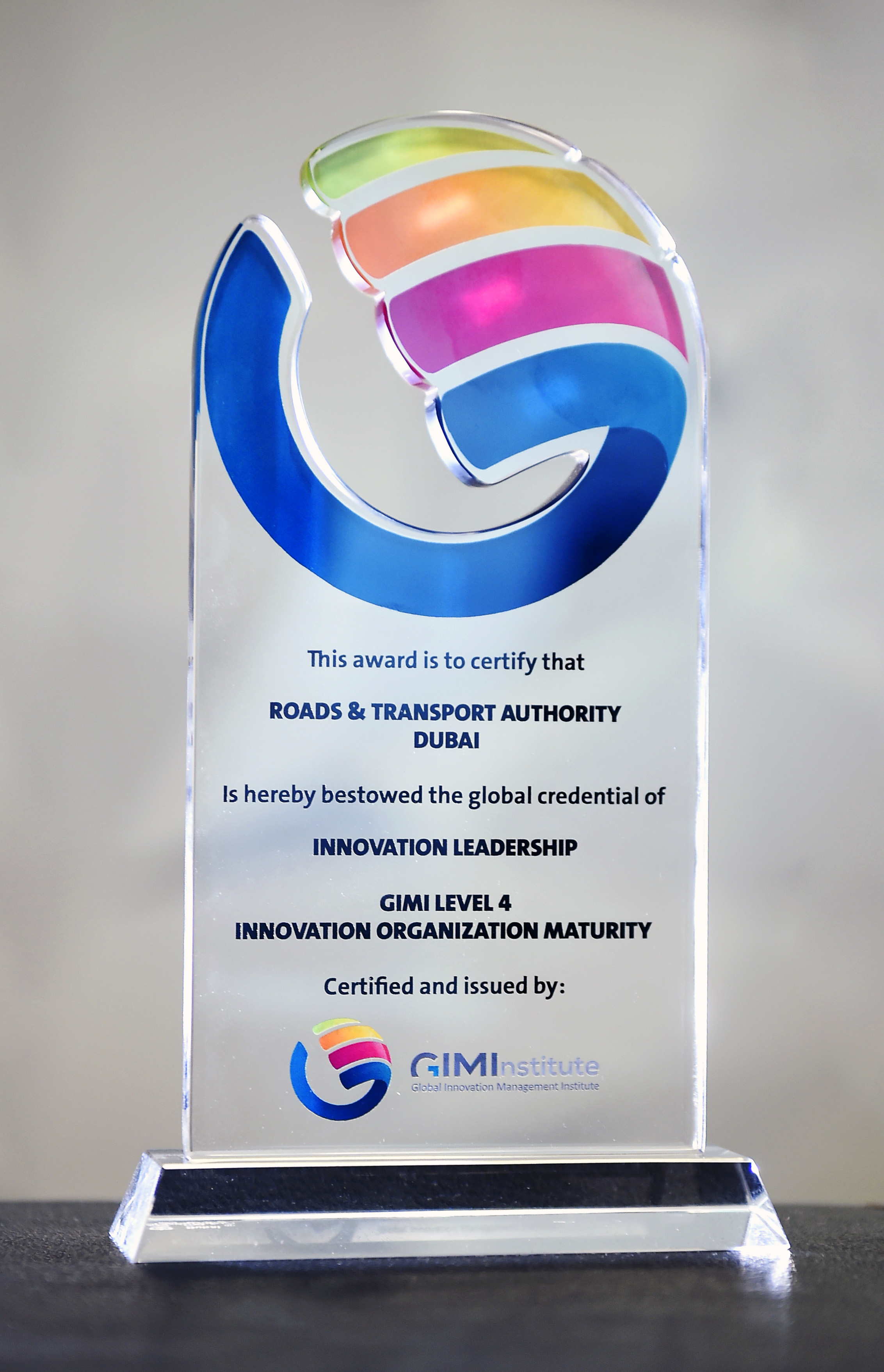 In the process, RTA has become the first-ever entity in the Middle East, and the first transport entity worldwide to obtain such a prestigious certificate. Obtaining this coveted certificate is credited to the significant steps RTA has taken towards achieving maturity of innovation systems as a government entity rendering mass transport and relevant services.

“We are thrilled to obtain this certificate as it illustrates RTA’s commitment to realising its 7th Strategic Goal (Advance RTA) through innovation leadership. The achievement translates RTA’s efforts to chart out innovative programs capable of developing creative solutions for improving services and nurturing an environment conducive to innovation,” said Nasser Abu Shehab, CEO of RTA’s Strategy and Corporate Governance Sector.

“This achievement cements RTA’s profile as a pioneering innovation entity at par with the world’s leading organisations. It also showcases the image of RTA as an arch supporter of the innovation drive in Dubai and across the UAE. It complements RTA’s keenness to achieve sustainable innovation in operations or services to internal and external customers, and set an example for others to emulate,” added Abu Shehab.

Dr Hitendra Patel, Executive Director of the GIMI, congratulated RTA on obtaining this certificate. He confirmed that RTA had become the first Middle East entity and the first transport organisation in the world to obtain the Organizational Maturity Certificate - Level IV Innovation. He attributed the achievement to RTA’s embracing innovation as a corporate practice in both operations and services.